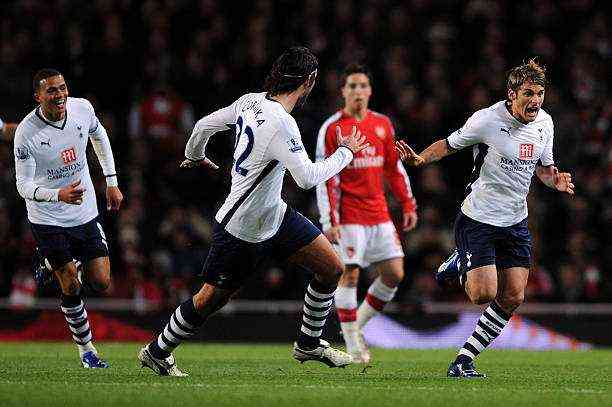 Arsenal and Tottenham agreed to financial aid programs, despite the fact that the government excluded football from the economic rescue due to covid.

The coronavirus pandemic has forced the governments of various countries to activate economic aid programs so that various industries can survive the effects of the crisis.

In England, a fund of more than 300 million pounds sterling has been approved to support the sport since November 2020, however men’s professional teams were excluded from these supports.

Like any other government fund, the sports support fund is formed thanks to taxes, which is why professional men’s football was excluded to avoid that the taxes of the English end up in the millionaire salaries of the Premier League footballers.

However, Premier League clubs have obtained help in other ways, including the federation itself, through low-interest loans.

How and who got the help?

According to the Financial Times, at least Arsenal and Tottenham have received government aid through the Covid-Corporate Financing Facility, which is a kind of Bank of England fund aimed at companies.

Both the Gunners and the Spurs agreed to this aid as companies, not as part of the sports industry, by meeting all the requirements, including being stable companies before the pandemic.

In this way, Arsenal obtained a loan of 120 million pounds, while Tottenham obtained 175 million. The two London teams made signings in the winter market, in addition to renewing contracts, such as Pierre-Emerick Aubameyang in the case of the Gunners.

Faced with this situation, the newspaper denounces accusations for the use of this money in the middle of a health emergency and causing a disparity in direct competition with the rest of the Premier League teams and increasing the difference with respect to lower-division teams.

Championship clubs face a more complex scenario, since the income from the box office and the sale of beverages and food represent a more important route than the Premier teams, which receive greater amounts for broadcasting and advertising rights.

These teams, with less economic stability, were rejected when requesting loans from the Bank of England, because their economic projection was not so stable before the pandemic, and therefore they do not meet all the requirements.

Why did the federation ask for a loan?

The federation received a loan of more than 190 million to be able to carry out competitions such as the FA Cup and the Carabao Cup, which for this edition, lowered the prizes for the teams.

These competitions represent salvation for lower-division clubs that have the opportunity to host elite teams, such as Tottenham, at home, which is why they tend to increase the price of tickets and still have guaranteed sell-outs in their modest stadiums. However, by not having fans in the stands, these revenues are lost.

“It is a government bailout that distorts the competition for select clubs. Either we all have access to it or not,” said the president of a Premier League team, whose identity the Financial Times did not reveal.

Finals And Statistics: This Is How Lionel Messi Has Done In The Copa America