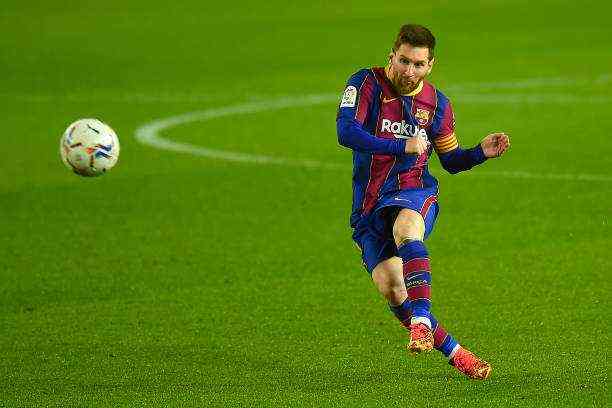 Atlético de Madrid no longer has the wide mattress it enjoyed in January. Barcelona and Real Madrid have tightened the Spanish League.

There is a league in Spain! What a few weeks ago was sung for Atlético de Madrid to win La Liga with ease, now has other tints, as the ‘Colchoneros’ have left some points along the way, while Barcelona has starred in an interesting comeback, and to show the 6-1 win over Real Sociedad.

The Spanish League started with certain differences in the calendar, so that several teams still had pending matches in March, but the 20 teams in the Iberian tournament finally have all the squads with 28 games played each, so in that sense, we have a clearer picture for the last part of the championship, after FIFA Date.

Who are the real contenders for the title?

Atlético de Madrid is the main candidate for the title thanks to the advantage that allows him to see the rest from the top of the classification, with 66 points, so he depends on himself to get the crown, he can even benefit from the classic between Real Madrid and Barcelona in April.

Barcelona follows Atlético’s track with 62 units, that is, four units less than the rojiblanco team, so that each draw and each defeat of Atlético represents a golden opportunity for the Catalans.

Real Madrid is third on the list, with 60 units, six less than Atlético and if they win the classic against Barcelona, ​​they will take over the sub-leadership and then it will depend on the points that Atlético leaves, as long as the meringues also keep a positive line between your results. Sevilla (55 points) and Real Sociedad (45) already look very distant in the race for the title, so this battle is three.

At what point was La Liga tightened?

La Liga began to tighten since February, when Atlético de Madrid had an advantage of up to 10 points over its closest pursuers, but from February 8 it began to leave points on the road, after drawing with Celta de Vigo and after the defeat against Levante.

In March he tied two games, against Real Madrid and Getafe, so that in the seven games he played since February, he only added 12 points out of 21 possible.

Barcelona was the team that has gotten the most out of those Atlético setbacks, since they have not lost since December 5, 2020, and since February they have won six of their seven games, so they have scored 19 of the 21 possible points, and for that reason, he has taken over the sub-leadership.

Real Madrid has also taken advantage of the ground lost by Atlético almost the same as Barcelona, ​​since it has won five of its seven games, which means that it has scored 17 points, with which it closed the distance with Atlético, but was surpassed by Barcelona.

Who has the heaviest calendar?

After the FIFA Date, there will be 10 games left to close the league tournament, and between Real Madrid and Atlético, the more complex calendar will be shared, while Barcelona will have a simpler path.

The Atlético leader will return to activity against Sevilla, which is fourth in the general table and immediately goes against Betis, which is sixth. Then the always uncomfortable Athletic Bilbao awaits him on matchday 32, and on matchday 35, he plays a visit to Barcelona.

Real Madrid will have its first major test against Barcelona on matchday 30, and two dates later, it receives Betis. In the 35th, he faced Athletic and closed the season against Villarreal.

Barcelona has had great tests against Real Madrid and Atlético﻿. To a lesser extent, the game against Villarreal, on matchday 32, and the rest are games against teams below the top 10, except in Granada.