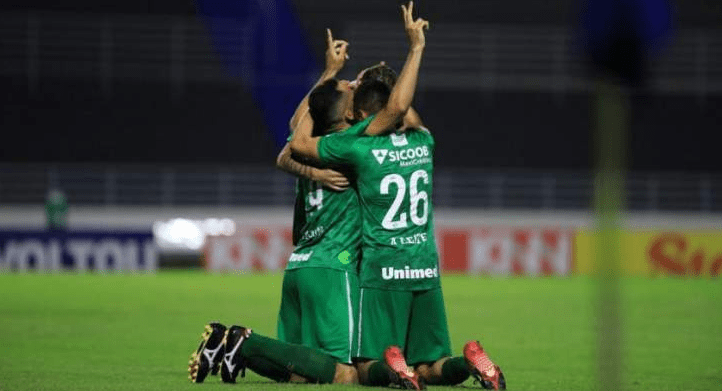 Soccer has given Chapecoense one of the most dramatic scripts in history. The modest Brazilian club has gone from the tragedy of the 2016 plane crash to the sports tragedy of the 2019 relegation, but this script that has surpassed any Hollywood production has also featured memorable chapters such as the game against Barcelona and now the championship in the Serie B and the consequent promotion to First Division.

Chapecoense had already won promotion to the First Division after securing a place among the first four places in Serie B, but their history needed one more glory, and it came with the championship.

The Chapeco community team closed the season against Confiança, which they beat 2-1 after 90 minutes and with that result tied in 73 points and in goal difference (20) with America FC, when the opportunity came gold when Isnairo Silva committed a penalty in favor of the greens at 96.

Anselmo Ramon executed the maximum Panenka penalty, and with this, Chapecoense conquered, surpassed Confiança on goal difference and won the title, which was lifted by the captain, Alan Ruschel.

In August 2019, Alan Ruschel announced his departure from Chapecoense. This was a blow to the team’s recent history, as the player born in 1989 was one of the survivors of the 2016 plane crash, when the team traveled to Colombia to play the Copa Sudamericana Final against Atlético Nacional.

Of the 77 people on the plane, 71 lost their lives. Ruschel, Jakson Follmann, and Neto were the only footballers who survived. Follmann lost a leg in the accident, and Neto tried to play again, although he retired in 2019.

In this way, Ruschel was the only one who resumed and remained in competition, and in an attempt to show that he had sufficient level to continue in high performance, he accepted the offer of the Goías club, which he reinforced as a loan.

“The great challenge I had in my life was to play at the highest level again and thank God I succeeded. Now I have a new challenge, to show that I do not depend on anyone’s pity and to show many people in Brazil that I am not in football because of a favor from Chapecoense,” he argued on that occasion to explain his hunger for soccer.

After his return to the Chapel, Ruschel received the captain’s badge and became an undisputed holder. Just a couple of card suspensions and injuries kept him off the court 11 times. As a left-back, he contributed two assists and an always combative heart that has led him to lift a title and return to the First Division.

In France, They Insist: “Anything Can Happen With Mbappe”