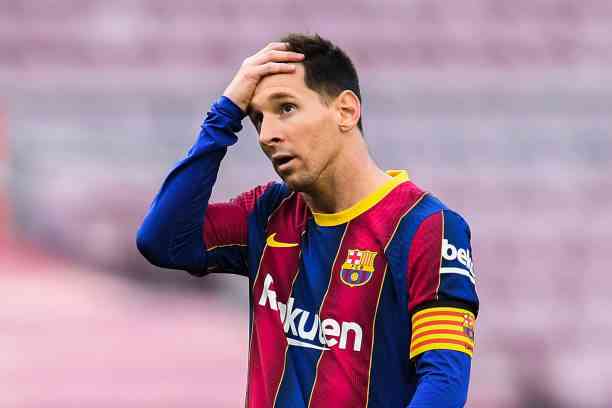 Ansu Fati is Barcelona’s new number 10 for the season, and we remember that they have used the number since the new millennium.

It was inevitable, and although it seems difficult to see a new player number 10 in Barcelona, ​​after the departure of Lionel Messi, the day arrived. Ansu Fati became the heir to one of the mythical numbers in the history of world football.

At his young age, because he is 18 years old, Ansu Fati is already the number 10 of Barcelona, and for soccer romantics, the number “10” in any team is a major responsibility and that not all players have the quality and talent to represent the number well, now imagine that of Barça.

But Ansu Fati does not make the challenges ugly, because despite being a teenager, he was already one of the most outstanding figures of Barcelona and with an immense future. The departure of Messi, left open the possibility that the young Spanish step forward by the number and as a figure.

Although you might think that a player like Messi for Barcelona, ​​surely the best player in its history, would deserve to have the number removed as Napoli did with Maradona’s 10.

Unfortunately Barça cannot do it by regulation, and here we tell you everything.

For the 2021-2022 season, another squad from the Cule team will wear the number. Since the new millennium, Ansu Fati will be the sixth player to use that mythical number in Barcelona and be the second youth squad since the 2000s to wear said number.

Who were the other 10 Barça players ?

Although many may not remember him, Litmanen is one of the European players who shone in football, not for nothing was he one of the most important Ajax footballers who won the Champions League in the 90’s , but who could not show his quality with Barcelona.

The best Finn in the history of football, he arrived at Barça in 1999 and in that season he took the number 10, we count it among the players who have worn the number since the 2000’s simply because the 1999-2000 season I have number 10, for at least six months.

The Brazilian star had already been with Barcelona for several years, but it was until the 2000-2001 season that they gave him number 10, and it was in his last two seasons with the team that wore that number, because he left the culé team in 2002.

During the seasons that he had the 10 on his back, he scored 50 goals with Barcelona in more than 80 games, although unfortunately, he could not get any championship with one of the teams in which he shone the most in football.

They don’t call him “The last ten” for nothing, because if someone fulfils the characteristics of a classic ten on the field, that is Riquelme. He came to Barcelona after winning everything with Boca Juniors and beating Real Madrid in that Intercontinental Cup in the 2000’s.

The technician was Louis Van Gaal, and in the words of Riquelme, he could not shine with the team because his DT asked him to play another position, in addition to the fact that the Dutch strategist did not ask Argentine. He was with Barça for a season and said goodbye.

We have already begun to see the greatest exponents of the team in recent years, since the arrival of Ronaldinho and the departure of Riquelme, number 10 was free, and it was for the Brazilian. That number ten was well represented in the Brazilian’s magical feet.

Ballon d’Or, Champions League, ovation at the Santiago Bernabéu are just some of the things that Ronaldinho achieved using that mythical 10 from Barcelona. He amazed the world with his talent and peculiar charisma that even his rivals fell in love with.

Can you say something about Lionel Messi with Barcelona that has not been said or that the Argentine has not done? The answer is no, because the six-time Ballon d’Or winner achieved and did everything he could with the cule team, he was also the first youth squad of the new millennium to have 10.

He did not always wear 10, since he debuted with the number 30 and then used 19, but imminently with the departure of Ronaldinho, the number would reach his shirt, and the rest is history.