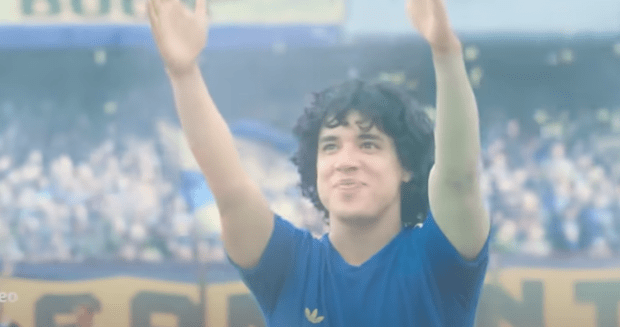 Diego Armando Maradona was more than a friend to Jorge Cyterszpiler, who overcame the death of his brother thanks to the ’10’ in Cebollitas.

Jorge Cyterszpiler was one of the key pieces in the start of Diego Armando Maradona’s career. The football world remembers him as the first representative of 10 when he emerged from the Argentinos Juniors quarry, he was the one who negotiated his signing to Boca, Barcelona, and Napoli, however, the history between the ‘Russian’ Cyterszpiler was born before.

They say that they were confused in the distance, since Maradona and Cyterszpiler had almost the same height and haircut. Diego and Jorge were great friends since the ’10’ was part of Cebollitas, but this friendship was born from a tragedy.

The death of Jorge Cyterszpiler’s brother

According to the special edition of the magazine El Gráfico, published in May 2004 and completely dedicated to the life of Maradona, Jorge Cyterszpiler went to the Argentinos Juniors training sessions to see his brother, Juan Eduardo, who was close to being promoted to the first team.

However, Juan Eduardo Cyterszpiler died at 22 years of age, and Jorge, 11, broke down emotionally, so that he remained isolated at home for several weeks.

At his young age, Jorge was part of the Press Commission, where he somehow remained linked to soccer, which he could not practice with such ease due to a disability in his leg caused by polio.

He was studious and devoured books on economics and marketing, but during that time, he left school and football until someone came to his house to tell him that a new player had arrived at Cebollitas, the Argentinos Juniors’ children’s affiliate, and that it was quite a show. “Why don’t you take a tour of the club, Jorge?”, The magazine quotes. That boy was Diego Armando Maradona.

The relationship with Maradona

Jorge got hooked on the game of Maradona and Cebollitas, and thanks to the fact that he belonged to a family with a stable economy, he lived with them; He shared the money and bought soda, fried food, or a choripan, and thus the friendship with Maradona was born, whom he invited to sleep at home on Friday, in this way Diego would not have to travel so much distance home and his legs would be cooler for the games Saturdays. That invitation later became a Friday ritual.

The Cebollitas, for their part, occasionally invited Jorge Cyterszpiler to play as a goalkeeper. This friendship lasted for decades, and thanks to his studies and his experience in the Argentine press office, when the moment of his professional debut arrived, Maradona asked Jorge to be his representative.

Thus, Cyterszpiler advised Maradona in his dealings with the dam, negotiated his signing with Boca Juniors and then with Barcelona, ​​in addition to his arrival at Napoli.

What became of Jorge Cyterszpiler without Maradona?

The relationship between Cyterszpiler and Maradona broke down in the 1990s, although Jorge appeared again at parties and emotional moments in Diego’s life.

The days of Jorge Cyterszpiler ended under a deep depression, a product of the separation from his partner. On May 8, 2017, it was reported that Cyterszpiler had thrown himself from a seventh floor following the carelessness of the therapist who was caring for him and passed away at 58 years of age.

The last time he personally lived with Maradona was in 2011, in a hotel in Dubai, where they had dinner, just like in the old days.