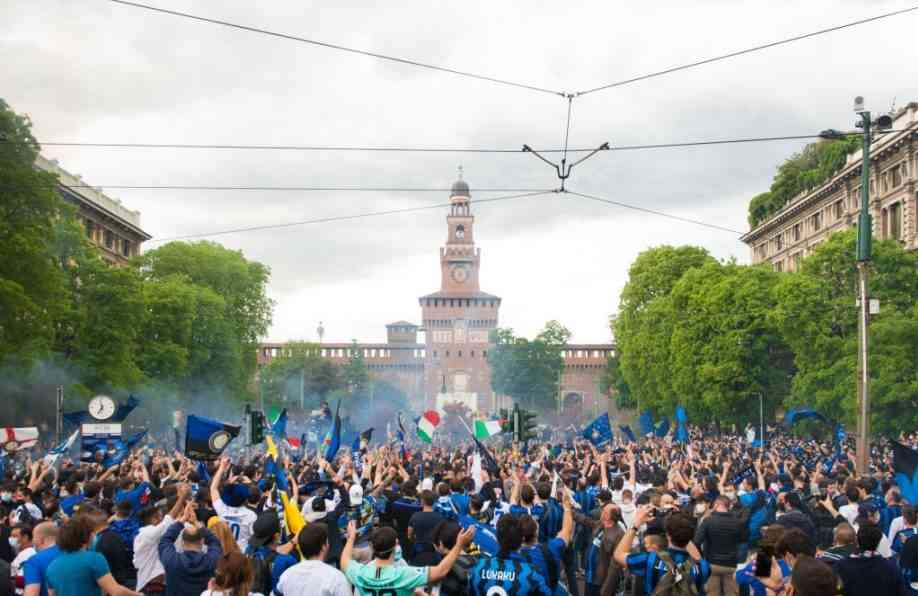 The Bianconero empire ended in Serie A thanks to Inter Milan and a project that began to take shape in 2018.

Juventus’ reign has ended in Serie A after nine years, and it took a decade for Inter Milan to once again be crowned in Italian football. The championship of the Nerazzurri team had been sung since March, so that their scudetto was a matter of time, but Atalanta’s draw against the modest Sassuolo advanced the times.

Inter won their match of matchday 34 against Crotone 2-0, and with that they reached 82 units. The only team that was able to surpass it mathematically was Atalanta, as they aspired to a total of 83 units, but the draw against Sassuolo makes a comeback impossible.

Now, Inter Milan will have four games to spare to close a season that is already historic by cutting off Juve’s hegemony. How do I do it? Here we explain it to you.

It was clear that the team that would end the Bianconero dominance would leave Milan. During 18 days, the rossoneros were leaders of Calcio, but from the 22nd day, Zlatan Ibrahimovic and company began to deflate.

To take the first place from Juventus and then Milan, the Nerazzurri knew they had to have an almost perfect season, and they succeeded. In 34 days, they only registered two defeats, against Milan and against Sampdoria, both 2-1.

Since January 6, the day of the defeat against Sampdoria on matchday 16, Inter has registered 18 consecutive games without a loss and of which 14 ended with victory and four draws, which translates into 46 points out of 54 possible.

On the other hand, Milan won 10 games in the same period, drew two and lost six. Everything that the rossoneros were leaving on the road, was taken advantage of by Inter.

Juventus is no longer what it used to be

The fall of the Bainconero empire had already begun to take shape from the previous season, which ended with 83 points, a very low figure compared to its eight previous seasons, in which it exceeded the barrier of 90 units five times.

For the current season, Juventus left several doubts regarding its operation and style, an aspect that falls mainly on Andrea Pirlo, the strategist who makes his professional debut this season and who has not been able to take advantage of Cristiano Ronaldo and company.

With Pirlo, Juve lost dominance, but the team’s presence in the next edition of the Champions League is on hold.

Antonio Conte, the DT they needed

When Inter Milan won their last league title, the coach was José Mourinho, who revived the “catenaccio” to even win the Champions League, but the Portuguese left for Real Madrid.

Since then, 12 strategists have paraded, including Rafael Benítez, Roberto Mancini, Frank de Boer and Luciano Spelletti, who had differences with Mauro Icardi and in the end, both left the team.

Antonio Conte was hired on May 31, 2019, and in his first season, he put pressure on Juventus; for the second, his experience did more than Pirlo’s enthusiasm.

Before Conte, Inter had finished outside the top four in the general table five times and third place three times, so they missed several years of the Champions League.

The right project for Inter

In 2010 the owner was Massimo Moratti, who sold the club, and it fell into a financial and sporting crisis. In 2014, Moratti left the team for good by resigning the honorary presidency.

Erick Thohir was the team president before the arrival of Steven Zhang, the youngest Neroazzurro club president in history. In 2018 he took control as the majority shareholder at only 26 years of age.

Zhang invested in the signings of players like Lukaku, Stefan de Vrij, Arturo Vidal, as well as the boost to Lautaro Martínez, but especially the signing of Antonio Conte. The Chinese businessman has also been in charge of bringing money to Inter’s coffers, such as the 50 million euros from PSG after the sale of Icardi.