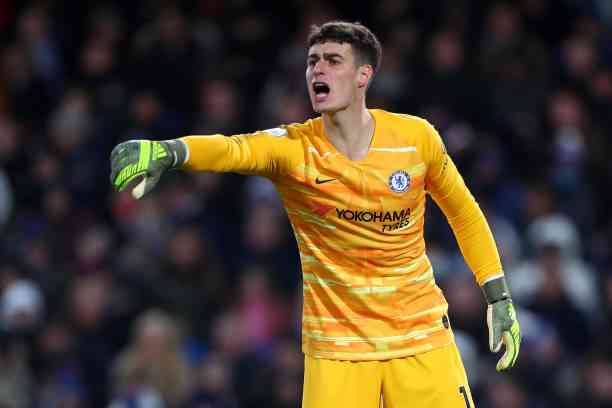 Defeat and fights, that’s how the Chelsea squad spent the weekend because in training, Kepa and Rudiger came to shove.

The atmosphere at Chelsea is not the best in these weeks, because the weekend lost at home to one of the coleros in the Premier League, many of the players (actually the multi-millionaire reinforcements) are not giving up, and now a fight in training shakes the team.

The tension that exists in Chelsea, after losing 5-2 to West Bromwich, is felt even in training. Antonio Rudiger and Kepa Arrizabalaga showed their weapons in training, after a strong entrance from the German, which kindled spirits and fortunately only got to shoving because they were separated in time.

In information from The Telegraph, after the heated discussion with the physical altercation, Thomas Tuchel decided to send Rudiger to the showers just 5 minutes after concluding the training. The international newspaper also mentions that already with the low mood, Antonio apologized to Kepa.

Thomas Tuchel has several issues to settle for the end of the season, as he has to rebuild the path for the FA Cup semi-finals, the Champions League quarter-finals, and not leave the European positions in the Premier League.

Losing to West Bromwich and the 2 fights between teammates do not help Chelsea, less when the team raises its life in the first days of April. 7 and 13 are the Champions League’s quarterfinals against Porto, and 17 the FA Cup’s semi-final against Manchester City.

They are the only 2 tournaments that remain to be played because they said goodbye early, and City got too far away from them in the Premier League. However, they cannot throw away England’s league because the European positions for the following campaign are in danger.

But Tuchel has to rebuild the situation, not only within the team, since he has not found the best form of play, despite the string of games that he played without defeat. One of the main pending is to recover the signings in which they spent a million.

Timo Werner and Kai Havertz were 2 Germans who arrived for this season, still led by Frank Lampard, but they have not met the expectations with which they arrived and have not shown the level that brought them to Chelsea.

Discussion after Chelsea vs. West Bromwich

The Telegraph also mentions an argument in the Chelsea dressing room, as the defeat hit the entire “Blues” squad. Reece James and Cesar Azpilicueta staged a discussion about the defeat.

Both players recriminated the actions of the game, again and fortunately for the Chelsea coach, things did not happen to greater because both players calmed down and there were even apologies so as not to pollute the atmosphere in the team’s dressing room days after facing Porto in Champions League.