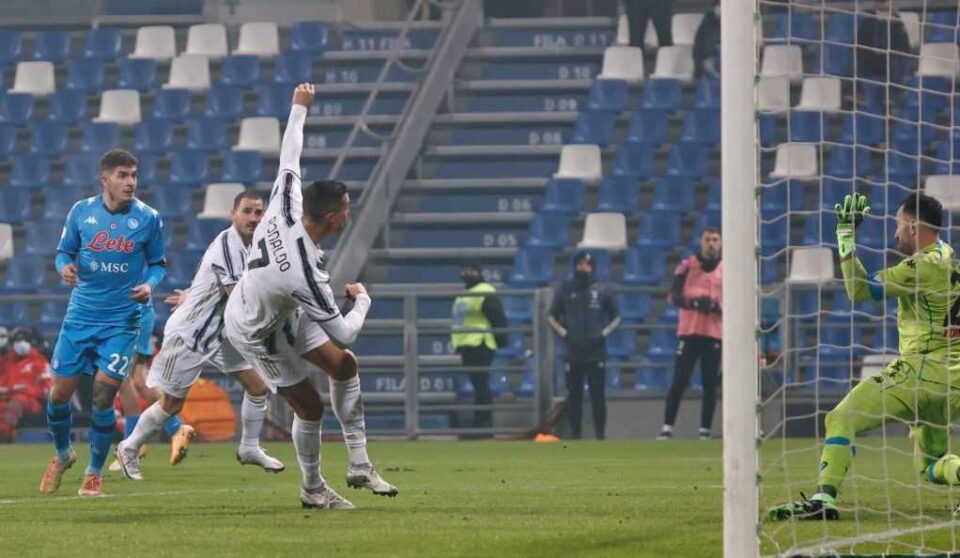 Juventus left Mexican Hirving ‘Chucky’ Lozano without the Italian Super Cup title, as a historic goal by Cristiano Ronaldo and another by Álvaro Morata to sentence the game and give Andrea Pirlo his first crown as Vecchia helmsman, against a team that Juve has dreamed of in recent months.

This was the ninth consecutive time that Juventus played the Super Cup, in which they had only won one of the last four. They lost to Milan and Lazio in 2016 and 2017, respectively. He won it against the Rossoneri in 2018, and in 2019, he lost against Lazio.

Napoli had already been saved on several occasions, but his luck ran out in a corner kick, in the 63rd minute, in which a series of rebounds he left the ball in the small area to Cristiano Ronaldo, and the Portuguese shot.

With this goal, Cristiano reached 760 goals in his career, with which he ranks as the top scorer in football history.

The goal forced Napoli to open up, so that Juve found more spaces, and instead of knocking on the Vecchia’s door, it was those of Turin who harassed the Neapolitan area.

However, Napoli found a penalty before the 80th minute after a foul by Weston McKennie, but Insigne missed the maximum penalty, and instead, Álvaro Morata killed in added time.

Why did Juventus and Napoli play the Super Cup?

The Italian Super Cup brings together the champions of the two main Italian football tournaments, that of Serie A, Juventus, and the Coppa champion, which in this case is Napoli, who precisely beat Juve in the final, after a dramatic penalty shootout.

In the Italian Super Cup history, the Serie A champion team has been crowned 23 times, while the Coppa team has only won it eight times.