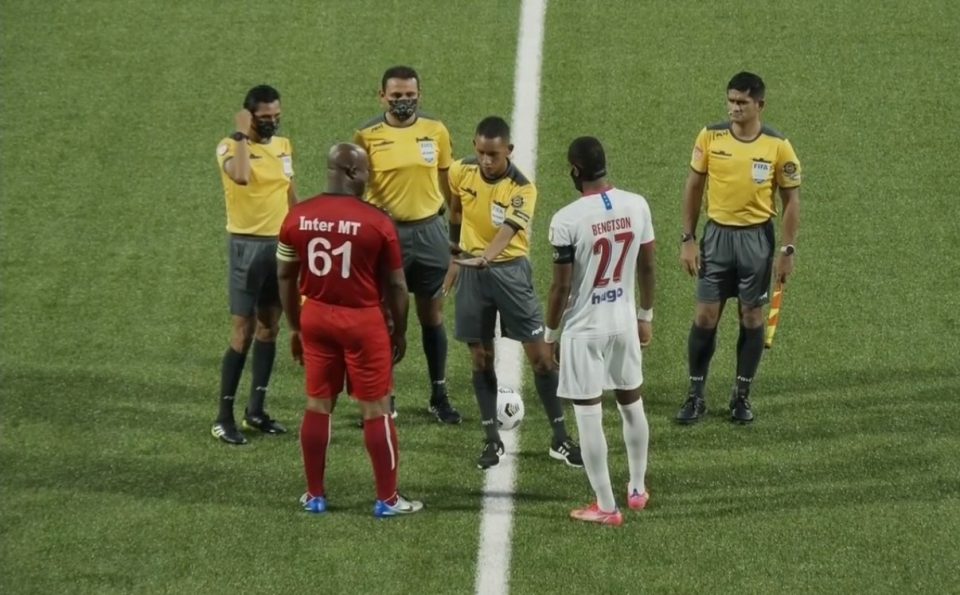 Ronnie Brunswijk, president of Inter Moengotapoe and vice president of Suriname, played with his own team and handed out money to Olympia.

Concacaf became the scene of one of those suigeneris chapters, after Ronnie Brunswijk, Suriname’s vice president and Inter Moengotapoe, lined up as the starter and captain of his own team in the game against Olimpia, from Honduras.

The manager played for almost 60 minutes. After the game that his team lost 6-0, he went to the Olimpia dressing room, where he distributed money among the opponent’s players. Concacaf is already investigating the second leg.

The video of Ronnie Brunswijk handing out money

The first leg, corresponding to the Eighth Final of the Concachampipons, ended in a resounding win against the Suriname team, and the return leg is scheduled for Tuesday, September 28, on Honduran soil.

The video of Ronnie Brunswijk in the locker room distributing wads of tickets among the opposing players, circulated on social networks, for which Concacaf announced that it took action on the matter, and from the outset, the manager and politician would be left with no options to line up in the game of back, while the club is at risk of being disqualified.

“We are extremely concerned about the content of a video circulating on social media that raises potential integrity issues surrounding the Concacaf League match between Inter Moengotapoe and CD Olimpia.

“The case is being referred to the Concacaf Disciplinary Committee, who will initiate a formal investigation. According to ESPN, a new update will be provided when that process has concluded”, indicates the statement published by Concacaf.

Brunswijk wore the number 61 during the match in reference to the year of his birth, 1961. He grew up in a peasant family, along with his nine siblings. He has military training and was exiled in the Netherlands.

He is currently a political leader awarded about 50 children and is popular in Suriname for his promise to distribute the country’s wealth equitably after discovering oil wells.

One of his great passions is soccer, so after 1992 he became the president of Inter Moengotapoe, which plays at the Ronnie Brunswijk Stadium. At age 60, he became the oldest footballer to make his professional debut. Brunswijk cannot leave Suriname, as Interpol, for are investigating him

There is a Shot! Guardiola Proposes a Barcelona Vs Bayern To Define The Best Sextete