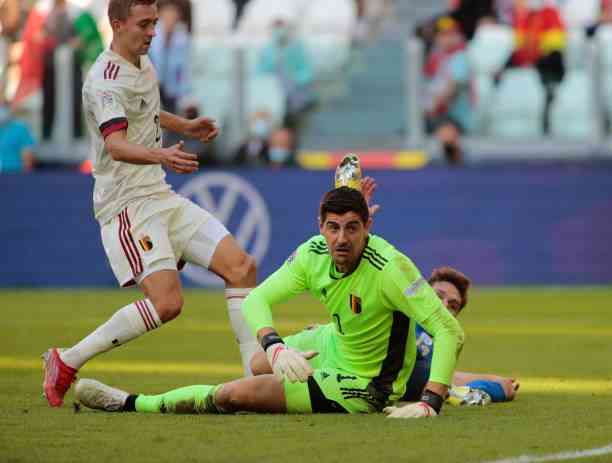 After having played in the Nations League, Thibaut Courtois lashed out at UEFA for its null interest in footballers and their well-being.

Tsss! It seems that European football is entering an ever-growing crisis, and goalkeeper Thibaut Courtois was unraveled in criticism of UEFA. A few months ago, the controversy over the creation of the Super League broke out, and what were previously concerns seem to have gone into the background.

The annoyance of the Real Madrid goalkeeper is that the governing body of the continent proclaimed in favor of the players, arguing that the new tournament would represent more activity for everyone. However, the Nations League includes a match for third place in which nothing is played anymore.

Courtois played it this year with the Belgium National Team against Italy and assured that this only favors the interests of UEFA. However, he lashed out and criticized uncontrollably, but he laid out each and every one of his ideas in great detail.

“This match for third and fourth place is just a match for the money, and we have to be honest about it. We just play it because for UEFA, it is extra money. If both teams had been in the final, other players would have played in the final. That just shows that we play too many games.

“UEFA created an additional trophy, the Conference League. It’s always the same. It may bother you that other teams want a Super League, but the players don’t care. They only care about their pockets, about money, “the goalkeeper told Sky Sports.

And that was not all, because in addition to attacking the interests of UEFA, Courtois spoke out against the possibility of playing a World Cup every two years.

Courtois’ position before FIFA and UEFA on the World Cups

It is a bad thing not to talk about the players. And now you hear that a European Championship and a World Cup will be played every year. When will we rest? Never. We are not robots! There are more and more games and less rest for us, and nobody cares about us.

So in the end, the best players will get injured and injured and injured. Next year we have a World Cup in November, we have to play until the end of June again. We are going to get injured! Nobody cares about the players anymore. Three weeks of vacation is not enough for players to continue for 12 months at the highest level. If we never say anything, it will always be the same.

Who Is And How Does Ilias Akhomach Play, Xavi’s Trusted Youth At Barcelona?