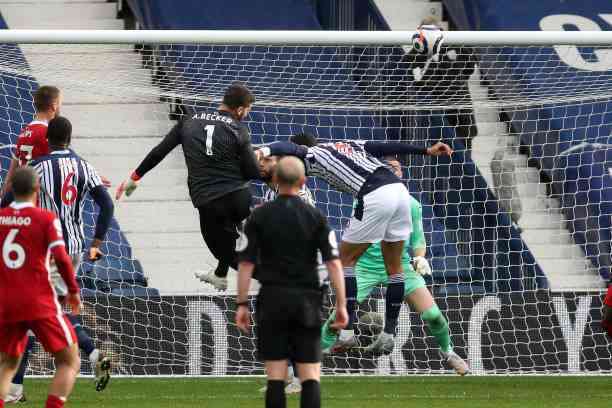 As incredible as it may seem, Liverpool could qualify for the next Champions League thanks to a goal from its goalkeeper, Alisson Becker. The Brazilian goalkeeper rescued the Reds in response time against the relegated West Bromwich Albion, with a header after the execution of a corner kick.

Liverpool’s dramatic victory goal allows Jurgen Klopp’s club to stay very close to Chelsea, owner of the last place in the Champions League. The Reds reached 63 units in fifth place, while Chelsea has 64 units and is fourth. The other team in this competition is Leicester, which is third with 66.

The goal, the only thing that Alisson Becker lacked

West Bromwich entered this match with no options to avoid relegation, yet they appealed to their pride and took the lead with a goal from Hal Robson-Kanu in the 15th minute, leaving Liverpool to press the accelerator.

At 33 minutes, the tying goal appeared, the work of Mohamed Salah, who gave his team some calm in the second half, but the second goal refused to arrive until the saving header of Alisson Becker appeared.

This was the first goal in the professional history of Alisson, who came to Liverpool in 2018, after the poor performance of Loris Karius in the Champions League Final and since then the Reds have won the same Champions and Premier League, so that The signing of the Brazilian has given Klopp positive numbers, including a goal, the only thing missing with Liverpool.