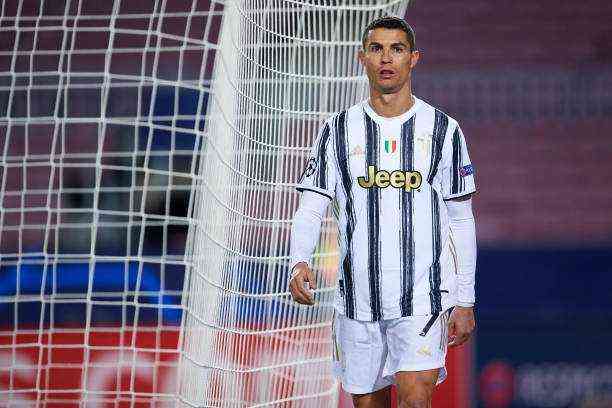 Cristiano Ronaldo dries the tears of the elimination of the Champions League with records. The Lusitanian scored a perfect hat-trick in Juventus’ triumph against Cagliari, just days after the painful European fall against Porto, and with his three goals on matchday 27 of Serie A, he reached 770 official goals throughout his career, which is why, now, he has surpassed Pele’s mark.

In the month of January, Cristiano surpassed 757 goals in his career and with it the mark that Pelé held, however, Cristiano Ronaldo did not comment on the matter before the controversy of the official goals of Pelé, of whom some statistics indicate that in actually the Brazilian made 767.

For Pelé, the 3 7 he scored with Cosmos, 77 with the Brazilian National Team, and 643 with Santos are taken into account as official goals.

The Federation of Soccer History and Statistics, among those goals, counts 10 that remain somewhat adrift and controversial, since nine of the goals that they add with Santos were made for the Sao Paulo state team, in addition to a goal more with the Brazilian army team and that will give the total sum of goals with the National Team.

Cristiano had not recognized the record

That is why Cristiano had not manifested himself as the top scorer in history until he exceeded 767 goals.

“The last weeks were full of news and statistics considering me the world’s top scorer in the history of football, surpassing the 757 official goals of Pelé,” said Cristiano in a post made on Instagram. “Now is the time to explain why I did not recognize that record until now”,

“My eternal and unconditional admiration for Mr. Edson Arantes do Nascimento, as well as the respect I have for soccer in the mid-20th century, led me to take into account his record of 767, assuming his nine goals with the Sao Paulo state team and his only goal with the Brazilian army as official goals… Today, when I reach the official goal of 770 in my professional career, my first words go directly to Pelé”.

What does Pele say?

Pelé endorsed Cristiano Ronaldo as the heir to his scoring brand and congratulated him through a brief text through his social networks.

“Cristiano, what a beautiful trip you are having. I admire you a lot, and that is not a secret for anyone. Congratulations on beating my record for goals in official matches. I leave this photo in his honor, with much affection, as a symbol of a friendship that has existed for many years”,  shared Pelé.

Be Careful Here, Hollywood! Chapecoense, From The Plane Crash And The Descent, To The Dramatic Title of Serie B