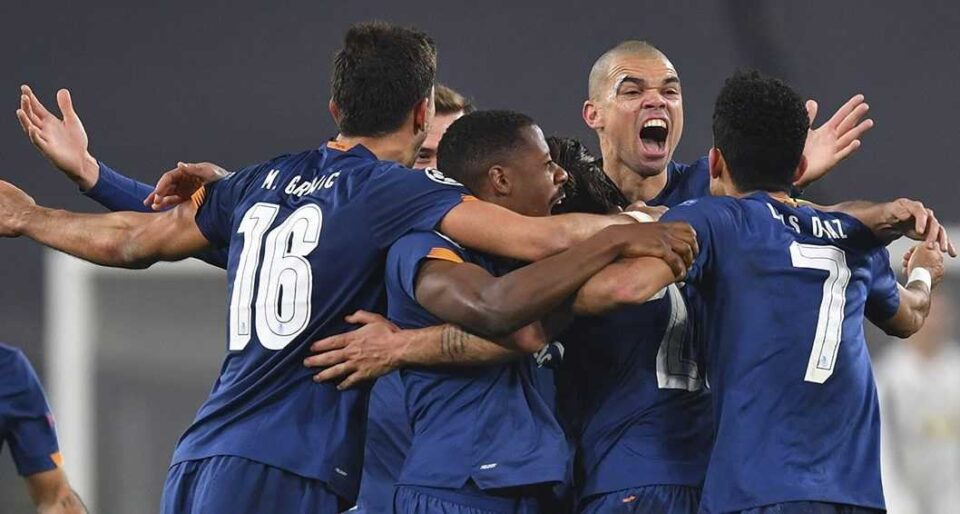 The ‘Tecatito’ and Porto were in charge of dispatching Cristiano’s Juventus to advance to the Champions League’s quarter finals.

Porto de ‘ Tecatito ‘ beat Juventus to advance to the next phase of the Champions League. The ‘dragons’ knew how to take advantage of the spaces and the away goal that sends them to the quarterfinals while waiting for a rival in the following week’s draw.

The ‘ Vecchia Signora ‘ stayed on the road, despite tying the score in the first 90 minutes of the game, but in overtime, they simply couldn’t continue with the good inertia they had, and everything culminated in failure.

In the other match, Haaland and the VAR were the protagonists of the match. The Norwegian with 2 annotations was in charge of finalizing the series, which the video refereeing complicated in the second goal. Haaland scored 2-0. It was annulled by the VAR, Dortmund was awarded a penalty in the same play. The penalty was missed, and it was repeated because Bono went ahead … a crazy thing, never better used the famous: What is Dr. Garcia happening?

Sevilla went to Germany to try not to receive goals, but it seems that Lopetegui’s indications were the opposite, because the first thing they did was to receive a couple of goals from Dortmund, the discount came from En Nesyri, but it was not enough.

THE GOALS OF THE SECOND LEG OF THE ROUND OF 16

Borussia Dortmund vs Sevilla: The Spanish had a mistake in a start, which you cannot do if you have Reus and Haaland in attack. A filtered pass for Marco Reus down the left wing that only sent the ball towards the center of the area, and the Norwegian came to define.

The second goal was a penalty, initially it had been after a great play by Borussia, but the goal was annulled, it went to VAR, a penalty was awarded, Haaland missed it, it was repeated, Haalanda threw it again, this time he got it, and he even went to sing the goal for Bono, Sevilla’s goalkeeper.

In Nesyri, he was the one who was in charge of discounting Sevilla, first by way of the penalty and on the second occasion with a header that gave illusions but that did not reach and marked the elimination of the Spanish team.

Juventus vs Porto: Porto took the lead, a goal from Sergio Oliveira via the penalty, seemed to mark the way for the Portuguese. At the start of the second half, Federico Chiesa appeared behind a cross that Cristiano Ronaldo lowered and left for the Italian to send the ball to the back of the net.

Juventus and Porto gave us 30 more minutes of overtime. The Italian team was still looking to advance to the quarterfinals, but the Portuguese took the lead with a free kick from Sergio Oliveira with a shot below the barrier.

The French Rabiot put the tie in the aggregate but left out Juventus by a visitor goal and could do nothing to avoid failure.

Why Would Mesut Ozil And Eva Longoria Be The New Owners of Necaxa?