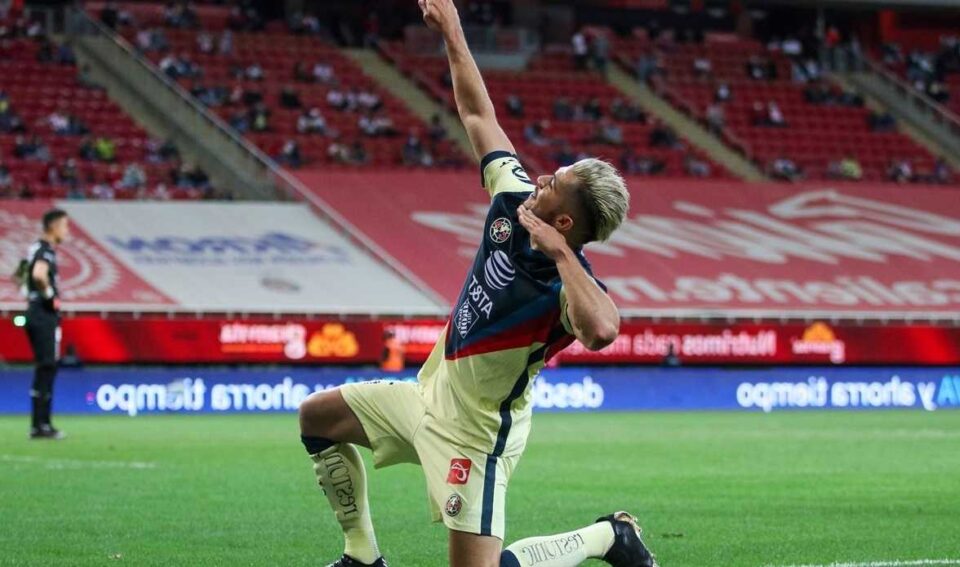 Chivas was humiliated in the classic against America. Not only because of the three goals that the azulcrema team scored, nor because of the facilities that the Flock gave throughout the 90 minutes, but because Henry Martín evoked the memory of Cuauhtémoc Blanco, who replicated his most iconic celebrations after scoring a double.

After the first goal, the azulcrema striker made the most famous celebration of Cuau, on his knees and doing the “Temosenal.” After the second goal, Henry made the banderillas celebration, which he dedicated at the time to Oswaldo Sánchez.

Days later, the now governor of the state of Morelos, thanked the Azulcrema player for the gesture, who in fact clarified at the end of the game that everything was dedicated to Cuauhtémoc.

What did Cuauhtémoc Blanco say?

The former Ame player also took the opportunity to advise Chivas players not to speak before a classic “because then they shut up your mouth.”

“Thank Henry for making those celebrations, the truth is that it gives me so much emotion to remember them because they are very cool moments for us as players and then in a classic. I have always said that you should not talk about the classics before because then they shut up your mouth. I’m very happy and happy because they also won the América 3-0 and because of these celebrations that remind me of many goals that I scored at Club América,” said Blanco.

Cuauhtémoc recalled that the “Temoseñal” arose with Germán Villa, while the rest of his iconic celebrations were born at the moment and improvised.

“Those with flags (he was born) with Oswaldo, who said that he was not going to score a goal and as I have always said, don’t talk, and it was a celebration that comes out for you, and that in the end, it was with my compadre who I put the Banderillas, whose name is Víctor Salas, are occurrences, like when I went online … you don’t know how it hurt, I hit a blow, but I held on, or the doggy pee, which many criticized me, but I was dying of laughter because the kids used to do that too”, he mentioned.

Blanco said he was very grateful to Henry Martín to the point that he will invite him to eat, although he clarified that without cameras, next week, although the date could be modified, since the America forward was called up to the Mexican National Team.

“Thank you very much, son, the truth is that I did not expect it. I’m going to invite you to lunch, thank you for this great detail that you had, you know that we are going to do it without cameras, because I don’t like it. Hopefully next week,” he said.