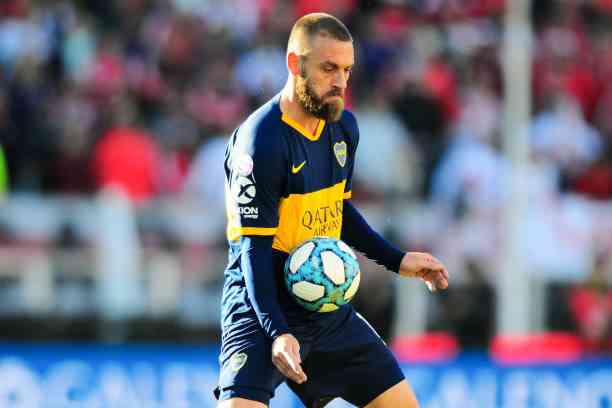 The Italian team is experiencing a strong outbreak of COVID-19, which reached footballers, members of the coaching staff, and staff. Among them is former player Daniele De Rossi, who worsened during the last hours and had to be hospitalized.

Although his condition is not delicate, the coronavirus caused pneumonia that prevented him from breathing properly. Given the complications, the doctors decided that it is better to keep him under close observation.

The 37-year-old Italian is just beginning a new stage in his career. Now he is assistant to the technical director Roberto Mancini, and the last FIFA Date represented his first participation in the position.

About 9 days ago, the Italian Soccer Federation published a statement about the situation: 4 members of the coaching staff and staff tested positive for COVID-19, so they were immediately isolated.

Although the names of the subjects in question were not revealed, local media suggest that Daniele De Rossi is one. La Repubblica newspaper reports that doctors are discreet about their prognosis, so it does not give more details.

This was the outbreak in the Italian team

The impact of COVID on the Italian team goes beyond Daniele de Rossi and his hospitalization. During the last weeks, 20 out of 80 members of the Azzurra delegation have tested positive.

The contagious arrived in the middle of the World Cup qualifying rounds for the 2022 World Cup in Qatar. The Italians faced Northern Ireland, Bulgaria, and Lithuania; however, they are severely handicapped by so many casualties and complications.

Between March 25 and 31, Italy recorded victories in their first duels, but lost 0-2 to Lithuania. Their next match will be against San Marino on May 28.

What Is The Cap And Wage Bill In Spain And How Does It Affect Messi And Barcelona’s Contract?