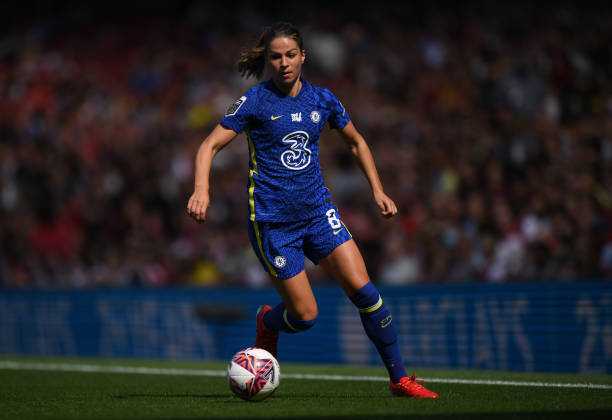 The Women’s FA Cup comes to an end in December with a match that promises many goals and a show between Chelsea and Arsenal.

A great game is coming! The Women’s FA Cup semi finals came to an end with the victories of Chelsea and Arsenal, who will meet in the final match for the title. The mythical Wembley will open its doors for two of the best English teams and from all over Europe.

Those led by Emma Hayes beat Manchester City, which has suffered during the first part of the season. Meanwhile, Arsenal of DT Jonas Eidevall left Brighton on the road. Interestingly, both games ended 3-0.

The record in women’s football in England tends to lean in favor of Arsenal. In this case, the Gunners boast 14 FA Cup titles and Chelsea just 2 . However, the evolution of the teams has allowed distances to be shortened, and the Blues dominated last season.

That is why talking about favorites is very complicated. In addition, both teams have elements that could make a difference, just as they have done before. For Chelsea, we must speak of Pernille Harder, Sam Kerr, and Fran Kirby; this trident made his way during 2020, and this campaign is no exception. Still, Bethany England stole the spotlight in the semifinals.

For Arsenal, we have Nikita Parris, Beth Mead, Vivianne Miedema, or Tobin Heath. Young and experienced footballers who accumulate a good amount of minutes in the First Division.

When will the FA Women’s Cup Final be played?

The Women’s FA Cup Final will take place at Wembley no more and no less. This will be on Saturday, December 5 at 2:00 p.m. local time.