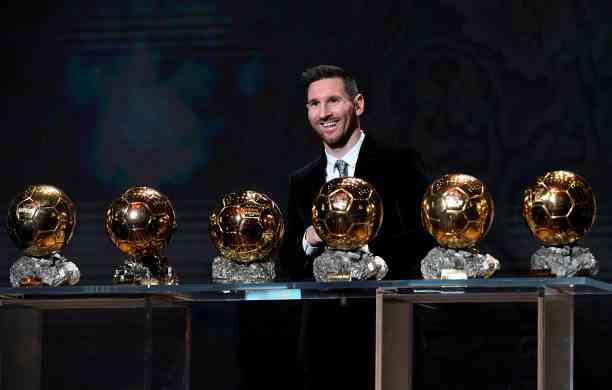 After a year of absence, France Football will deliver the prestigious Ballon d’Or, and from October 8 we will know names.

The delivery of the Ballon d’Or already has a date, after it was decided not to deliver the award for the best player of the year in 2020, due to the pandemic, so save the date.

France Football, the French magazine that delivers the most prestigious individual award, will again present the award last awarded to Lionel Messi in 2019.

The gala publication announced that it would be on Monday, November 29, when the winner of the trophy will be announced, to which a total of 30 players will choose, of which they will be eliminated periodically until the last three contenders remain.

Who are the candidates for the Ballon d’Or?

The 30 candidates for the 2021 Ballon d’Or will be announced on Friday, October 8, which will come out of the votes of 180 journalists from around the world, in the coming days.

Communicators will be able to choose soccer players from all over the world, and the 30 with the most votes will be announced during the second weekend of October, as well as the 20 players who will opt for the Women’s Ballon d’Or, who 50 journalists will choose.

It should be remembered that Megan Rapinoe won the first and so far only edition of the Women’s Ballon d’Or, in 2019.

What else should I know about the Ballon d’Or?

The ceremony will take place at the emblematic Châtelet Theater in Paris, where the Cesar Awards are also presented for the best of French cinema. It is located in the first district of the city of Paris.

At the same ceremony, the Kopa Trophy will be awarded, which recognizes the best player under 21 years of age and chosen by the 32 previous winners of the Ballon d’Or.

And since the goalkeepers cannot be left behind, the Yashin trophy will also be presented, to the best goalkeeper, who is chosen by the Ballon d’Or jury.