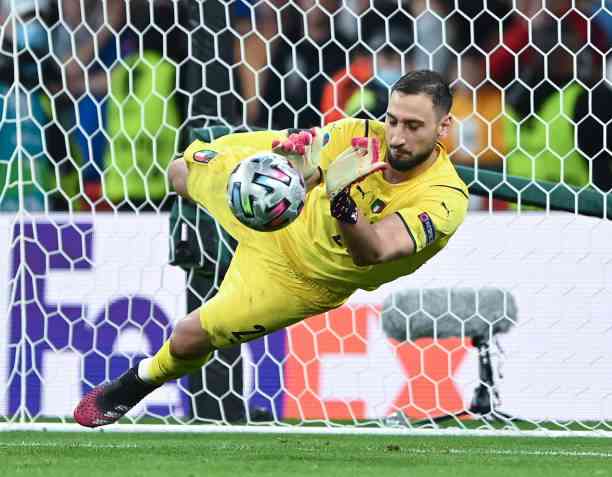 Italy took advantage of the fact that England backed down, took possession of Wembley, and was crowned at the European Championship after coming from behind against England. A goal from Leonardo Bonucci brought Azzurra to life and condemned the approach of Gareth Southgate, who dedicated himself to defending Luke Shaw’s goal from the half-hour of play and snatched the Euro Cup on penalties thanks to Donnarumma’s saves.

In an exhibition of paradoxes, the authors of the catenaccio were the ones who proposed the game, while England devoted much of the game to defending itself, so that in the second half, Harry Kane had little participation.

With this triumph, Italy conquered their second European Championship after 53 years, a period in which they played two finals, in 2000 and 2012, which they lost against France and Spain, respectively.

The celebrations at the legendary Wembley began minutes before the kickoff, with the spectacular closing show of the tournament, in which he wore a huge replica trophy of the Euro, 11 meters high.

The ceremony also involved 24 professional dancers and another 120 people who were part of the ceremony and choreography.

England put numbers to the scoreboard very early at Wembley after Luke Shaw’s goal. The Manchester United side chose the best setting to score his first goal for the England National Team, and it came just after two minutes.

Kieran Trippier received the ball from the right side, and had time and space to send across to the far post, where Shaw caught the ball from the left and left Gianluigi Donnarumma standing with his shot that reached to kiss the post before exploding in the net.

The challenge of scoring a goal against England

Italy, which for some years has been trying to remove the catenaccio label, had no other choice but to attack, while England dedicated itself to defending, so that they closed spaces and Italy fell into despair.

The English have only conceded one goal throughout the tournament, which the Danish Mikkel Damsgaard scored on a free-kick.

However, the insistence of the Azzurra was so much that at 65 minutes, the British goal broke in such a claw and fortuitous play after a corner kick that caused a series of rebounds in the area, the last of them in the post and for which Bonucci took the opportunity to tie the game 1-1.

After maintaining the tie in the rest of the game, extra time was necessary, in which none did damage, so the champion was defined from the penalty spot.

Italy started the series with a shot from Berardi, but in the second turn, Belotti missed. Leonardo Bonucci hit dramatically, while Federico Bernardeschi won with a shot to the center, and Jorginho missed the fifth shot.

For England, Harry Kane was right, as did Harry Maguire, but Marcus Rashford sent his shot to the post, and Jadon Sancho’s shot ran into Donnarumma’s palms, and Italy was crowned with Gigi’s second save to Bukayo Saka to give Italy his second Eurocup.