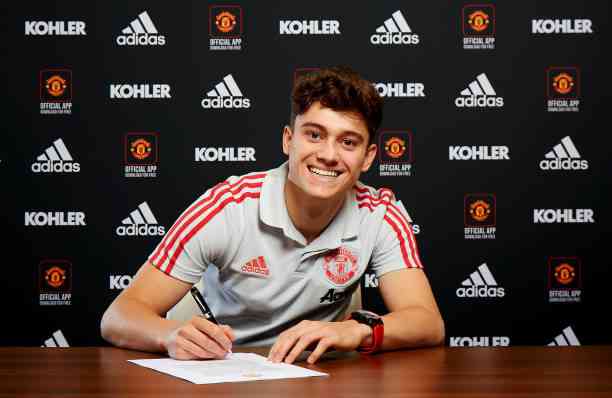 Now, what will those fans think? After insulting Daniel James when he played for ManUtd, the Welshman is a new Leeds United player.

The saying goes well: “He who spits in his face falls to the sky”, and the truth is that he is absolutely right, but the Leeds United fans learned it the wrong way with one of their signings in this transfer market in summer 2021.

A former Manchester United player, Daniel James, arrived as one of Marcelo Bielsa’s brand-new Leeds additions for the 2021-2022 season. The Welshman is one of the youth with the most future in the Premier League, and it is something that Leeds fans should celebrate.

But we are going to clarify some of all this, because that is the beauty of the transfer market in all of football, that anything can happen, literally anything. For example, there is Barcelona, the market began with Messi and Griezmann and ended with Braithwaite and De Jong as forwards.

That is just an example, what brings us here are some songs that Leeds United fans used to make when they played against Manchester United in the first game of the season, they fell 5 goals to 1, and Daniel James was one of the headlines, insults were for the Welshman.

Daniel James was the starter in that game, and you could hear in the stands where Leeds fans were: “You’re too shit” # $% & RDA to play for Leeds“, but only a few weeks later, the player would reach his team.

Possibly, those fans who said the insults would have to look the other way when Daniel James plays his first game of the season with Leeds and during the long campaign that the team will have in 2021-2022.

Why did Leeds United fans sing against Daniel James?

It’s not that Leeds United fans decided to attack Daniel James just for the sake of it, as there is a backstory to all of this. Daniel James was a Swansea City player in 2019, when Leeds himself wanted him.

And although Daniel James had already posed with the shirt, he did not finally sign with Leeds and ended up completing his transfer to Manchester United, which angered the fans of the Bielsa team and that is why they launched those insults, without knowing that they did. He would arrive at Leeds, although some time later.

The signing of Daniel James was completed on the last day of the 2021 transfer market, the transfer was final, and the amount paid by Leeds United for the Welsh offensive was 25 million pounds sterling, but they will have to wait for his debut for the World Cup qualifiers.

Who is Katherine Tapia, The Goalkeeper Who Led America De Cali To The Final Of Libertadores?