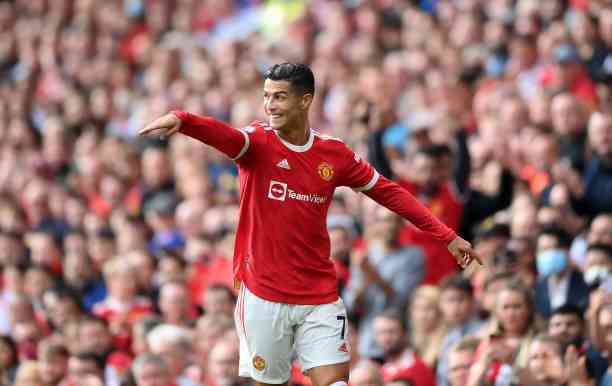 Cristiano Ronaldo reunited with the Manchester United fans in a very emotional game and a 4-1 victory against Newcastle United.

Cristiano Ronaldo appeared with Manchester United for a second stage that promises to be impressive for both the player and the club. The game against Newcastle had everything, among which obviously the two annotations of the Portuguese stood out.

However, when it comes to stars of this caliber, there is a lot to talk about. Hours before the match started, there were already thousands of people at Old Trafford to welcome their idol… the rest was a party.

But we also had extremely emotional moments. When Cristiano Ronaldo scored his double for Manchester United, all eyes turned to Maria Dolores dos Santos, the player’s mother. Despite having seen him win everything, she couldn’t hold back the tears at the thrill of seeing him triumph once again.

The picture has already gone around the world and reminded us that figures that seem from another planet have more in common with us than it seems.

The goal represented the moment that everyone at Old Trafford – and outside of it – had been waiting for. After several attempts and approaches to the rival goal, Cristiano Ronaldo made his debut as a scorer in his second spell with Manchester United.

Mason Greenwood fired, but a rebound caused the ball to go loose … right where CR7 was located. The Portuguese only had to push the ball to open the scoring, and the party went to the next level.

But it didn’t stop there, because in the second half the score was tied, and Cristiano was in charge of making a difference. A long getaway at speed was the beginning of the double play, and you can’t help but enjoy it:

Not every day you receive a star of the caliber of Cristiano Ronaldo, so Manchester United fans took care of every detail for the welcome. The stadium’s surroundings and stands were not only painted red with the team jerseys, but most of them had the 7 stamped on the back.