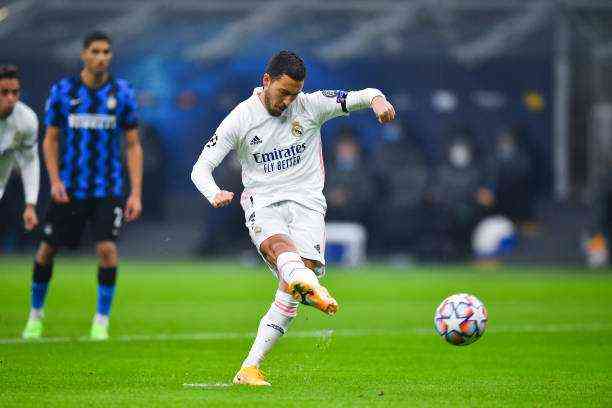 Hazard did not train with the rest of his teammates in training this Tuesday due to muscular fatigue and sows doubts about his participation in next Saturday’s duel in Huesca.

Again Hazard. The Belgian did not exercise with the rest of his teammates in the session directed by Zidane this Tuesday, and it will be necessary to see if he is suitable for next Saturday’s duel against Huesca. As reported by COPE, the winger suffers “muscle fatigue” and will have to be aware of his evolution in the coming days.

David Bettoni took Hazard off the field at the time of last Saturday’s game against Levante, and at first, there was no speculation about an injury to the Belgian. After the two days of rest decreed by Zidane, the French coach, who returned to assume the position after giving two negatives, has not been able to count on the Belgian in the session scheduled this Tuesday due to muscle fatigue.

Now we will have to see the evolution of the footballer, who this season has lost a total of 17 games due to various physical problems. What is clear is that in case the discomfort persists, given the Belgian’s history since he signed for Real Madrid, Zidane will not force him under any circumstances. So Hazard is back in the cotton wool waiting to see his evolution.

In training on Tuesday, they did not train with the rest of their teammates Sergio Ramos, Lucas Vázquez, and Valverde, who exercised both on the pitch and inside the facilities. The good news of the day was the reappearance of Rodrygo, who is already on the pitch and his return is closer after suffering a serious muscle tear.

At What Moment And How Did The Fight For The Title In The Spanish League Tighten?