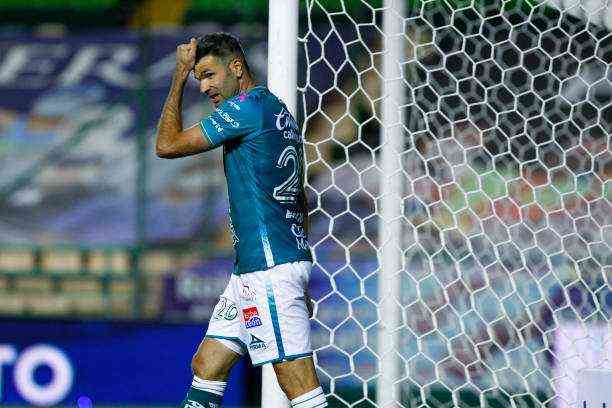 Someone explain me! Emmanuel Gigliotti learned that he was carrying COVID-19 after being crowned in the 2020 Guardians tournament.

The Liga MX and its surprises … Almost 2 months have passed since the 2020 Guard1anes Final between León and Pumas, but forward Emmanuel Gigliotti surprised with a confession: he was infected with COVID-19.

The Argentine forward was a fundamental piece for the Fiera to obtain its eighth title, as he tied the score in the first leg, and in the final duel, he opened the way to victory.

However, from Gigliotti and his teammates to the Pumas squad, they ran a great risk. The Puma was to return home in the hours after the championship, and there learned of the positive result.

“I played the second Final, without knowing it, infected. The next day I was leaving for Argentina, I did the PCR that they asked me in Argentina, and I came out positive, so it means that I played the Final with the bug, “he explained in an interview with TyC Sports.

As if that were not enough, that was not the first time that Emmanuel Gigliotti tested positive for the coronavirus. In June 2020, and before joining Ignacio Ambriz’s campus (who was hospitalized for the same diagnosis), he had already fought against the disease.

It should be noted that during the goal festivities and already with the trophy, the Puma teammates hugged him, and they all lived very close together. There were times when the Argentine did wear face masks, but the players even celebrated with the fans after leaving the stadium.