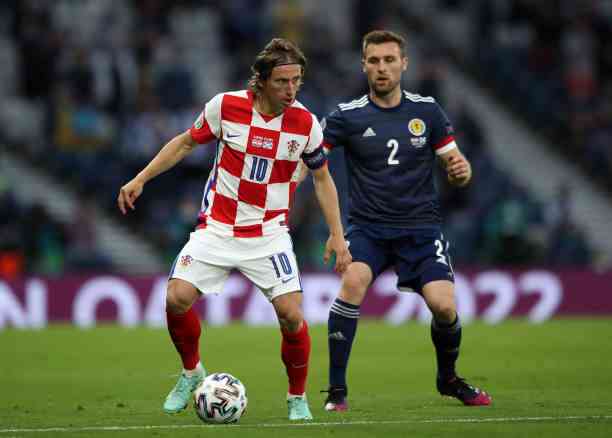 The English and the Croats overcame Group D of the Eurocup with victories against the Czech Republic and Scotland on the last day of activity.

Full thrill! The D Group of the European Championship was defined with England as a leader and Croatia second ahead of the second round; the great disappointment fell on the Scots. They only added one point and said goodbye to the tournament as the last place in the sector.

The activity on Tuesday took place amid controversy over UEFA decisions and the alleged political overtones of the LGBT + movement. However, football caused everything to be put aside as soon as the initial whistles sounded.

The 4 teams in Group D maintained their chances of advancing in the Eurocup, as long as they achieved a positive result. The draw was of little use to Croatia and Scotland, whose last hope was to position themselves as one of the best third places (a situation that the Czech Republic ended up taking advantage of).

England vs the Czech Republic

Raheem Sterling opened the scoring just in the 11th minute with a header from a Jack Grealish cross from the left side. The midfielder sent the ball to the far post, where the Czech brand was not very effective before the arrival of the Manchester City player.

A very important aspect from the opening whistle until it was neutralized in the second half, was the participation of Grealish. DT Gareth Southgate started him for the first time in the tournament and changed the face of the English attack.

Nikola Vlasic broke the zero by taking advantage of the assistance of Ivan Perisic, who won the ball in the area with his head. The Scottish rear tried to react to score at ’13’, but it was too late, as he pushed the ball with his left foot.

However, Callum McGregor brought excitement to the encounter with a powerful shot: he received the ball in the crescent after a series of rebounds, took the opportunity to settle, and shot towards the lower left corner, impossible for goalkeeper Dominik Lovakovic.

In addition, Luka Modric regained the advantage for the Croats with a real gem; at minute 61, the Real Madrid midfielder fired an unstoppable shot for David Marshall. Finally, Perisic made it 3-1 with a combed corner kick.