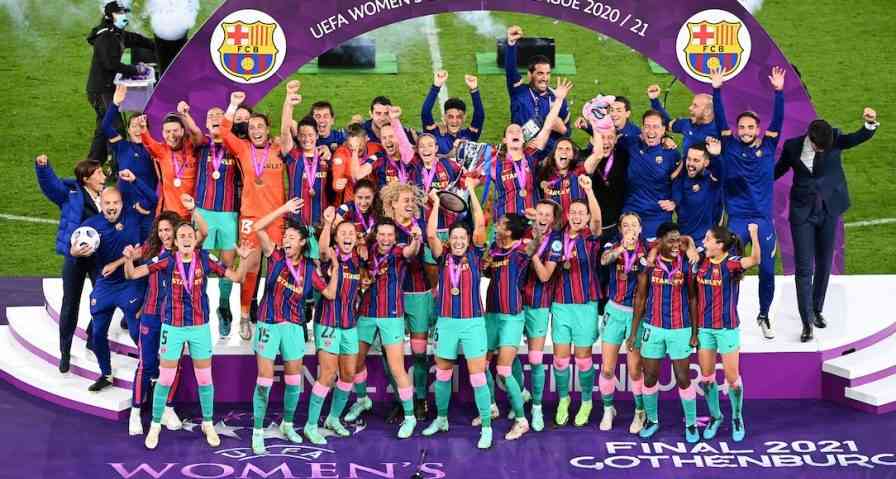 While men’s teams pocket millions of euros, the economic prize of the Women’s Champions does not reach even half of their figures.

For years we have talked about the pay gap in sport, especially when the only difference is whether the athlete in question is a man or a woman. In football, this theme is reflected in aspects such as the economic prize that the champion team of the Women’s Champions League receives.

The men’s tournament has millionaire profits thanks to the diffusion and the long history that it boasts in UEFA. However, they do not have the same luck and have to settle for a small percentage at the end of the season.

Of course, it’s not all about money and income. In the conferences prior to the Final between Barcelona and Chelsea, the Blaugrana Alexia Putellas spoke about the hypocrisy of the European body when proclaiming equality or the same conditions because the Women’s Final was played behind closed doors.

“It bothers me that there can’t be people (fans in Gothenburg); I think something more could have been done, an effort could have been made for our fans. In the men’s Champions League, there will be an audience,” said the captain of Barça.

That is just one of the many points that we could touch, since the transmissions and even the format of the tournament are added. And yes, without the support of UEFA itself, the contrasts are even wider.

How much does the champion of the Women’s Champions win?

Unlike the 4 million euros that the champion of the men’s competition pocketed, the champions only receive 50 thousand euros. Here we could enter what we talked about before, it is a different format that does not allow the same number of games per season.

Until the 2021/21 campaign, the economic prize of the Women’s Champions League was distributed without the Group Phase, because it did not exist and the figures varied. Just for participating in the round of 16, they receive 9 and a half million euros; they only 75 thousand euros.

The male finalists receive 15 million euros, the finalists keep 100,000 euros. The champion adds another amount that with them is 4 million and with the 50 thousand euros; the difference is abysmal and can be seen with the Barcelona title.

Karim Benzema Returns To The French National Team After 6 Years