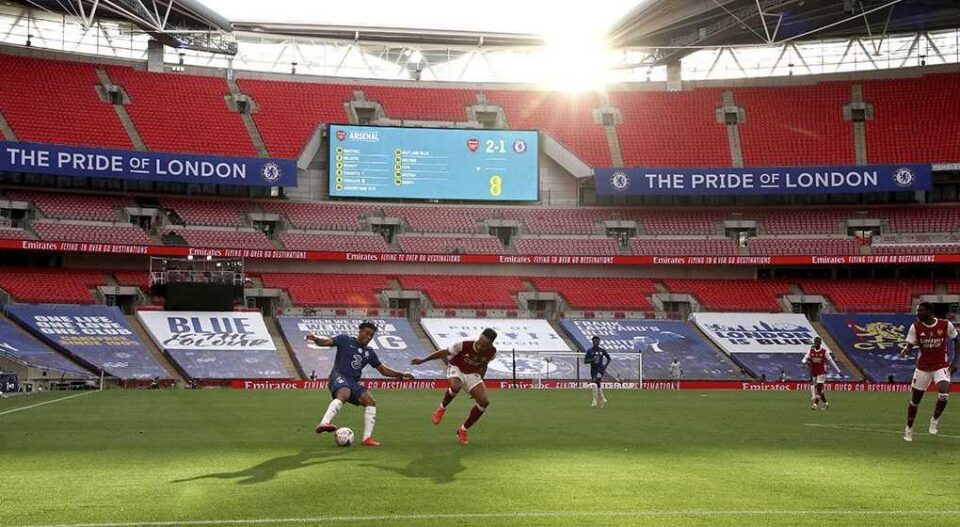 The FA Cup will be one of the pilot events England will use to return fans to the stadiums for the final at Wembley on May 15. Around 10,000 fans are planning to attend the big game of the longest running tournament in soccer.

Pilot test for the FA, because 48 hours after the final is played, it is expected that the venues will begin to receive people, so if they work as we all hope, people will be able to start returning to the stadiums.

It is not official yet that 10,000 people can go to Wembley, the final decision on how many attendees can be for the grand final will come in the following weeks, after meetings with the organizers, local authorities and government.

Oliver Dowden, Secretary of Culture commented : “These test events will be crucial in finding ways to get fans and the public back safely without social distancing. Doctors and scientists will guide us, but we will work hard to make that happen . “

Which teams are still alive in the FA Cup?

The matches will be played on Saturday 20 and Sunday 21 March, to define the 4 semifinalists. Arsenal, the defending champion, will not be able to endorse their title, and only Bournemouth and Leicester City have not won the contest, but the ‘Foxes’ have been runners-up 4 times.

Why is Manchester City’s Triumph Against West Ham Historic?