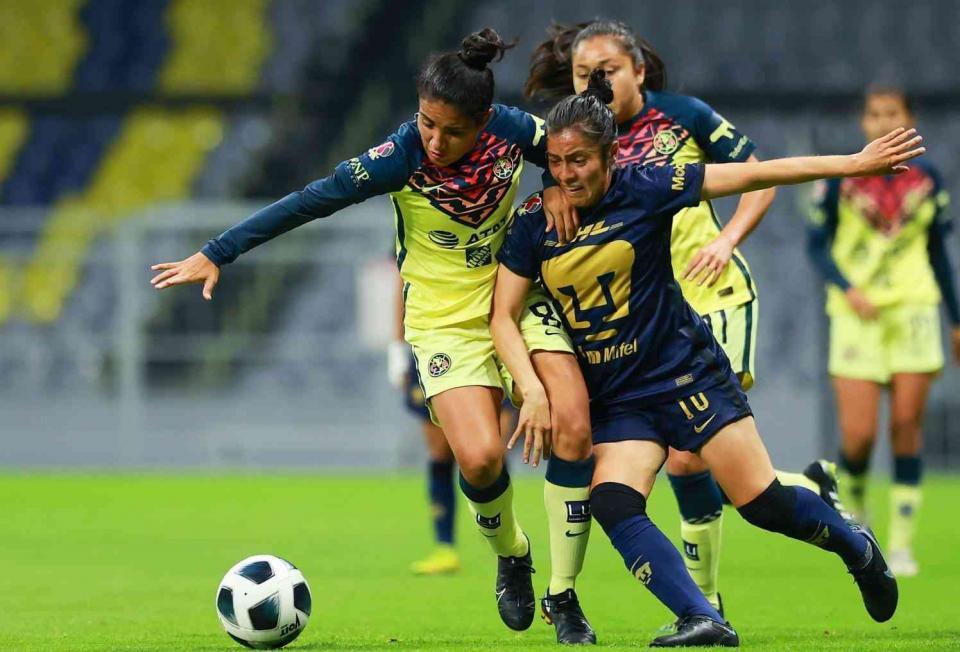 Dinora Garza tied the capital classic of the Liga MX Femenil with a genius strike outside the area four minutes from the end.

America had the victory in its hands in the capital classic. Still, Pumas found gold at the Azteca Stadium and tied the game 2-2 with a goal from the experienced Dinora Garza four minutes from the end. The winning streak and incidentally the brand without it conceding goals.

The team added three consecutive games with victory in which they had left their opponents blank. However, the university students ended the streak of Renata Masciarelli, who saw her goal damaged after 346 minutes.

America reached 19 points and this day will remain in fourth place in the general table, while Pumas will climb the rungs with seven units so far in the tournament, but still outside the league zone.

After a goalless first half, Daniela Espinosa found the match’s first goal at the start of the match, after Sarah Luebbert overflowed from the right side. Espinosa reached four goals and has become, so far, the top scorer for the Eagles in this tournament.

The second goal was the work of Montse Hernandez, who signed a spectacular collective move with which the feline rear was broken, and that left Hernández in front of the goal and with enough time to choose where to place the ball.

When the game seemed to be sentenced, Pumas found the goal that returned them to the fight thanks to a mid-height center that filtered into the heart of the azulcrema area, where Laura Herrera appeared, who only had to give the ball an arc direction.

With four from the end, Pumas found the tying goal thanks to Dinora Garza, who dared to hit him outside the area and found the tie with a sample of technique, and although the ball did not find the angle, the definition technique alone converts the action into a great goal.