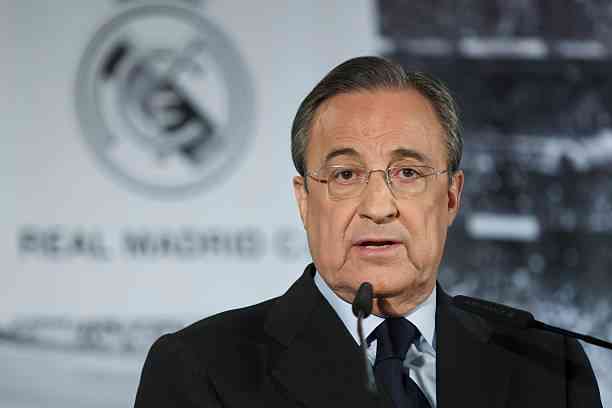 Of the 12 teams, he was going to direct as president of the European Super League, Florentino Perez was left with only two clubs.

The 12 teams that Florentino Perez was going to direct as president of the European Super League, only two were left: Real Madrid and Barcelona. The six British clubs, the three Italians and one of the three Spanish, gave up the new competition that threatened to change the structures of football and that angered UEFA, leagues, and fans.

The president of Real Madrid, had no other choice but to accept that the European Super League is on hiatus just 48 hours after his birth. The Spanish businessman had several interviews on the agenda to talk about the project, but he had to postpone the interviews after the resignation of almost all the founding teams. “Last night we were working, we finished the meeting at one at night,” he explained to Cadena SER.

Florentino Perez: “Perhaps we have not been able to explain it well”

Florentino was left alone in his project. Barcelona will submit its future in the tournament to consensus and aims to be the eleventh club to announce its departure. “I am sad and disappointed. Perhaps we have failed to explain it”, said the businessman.

Florentino gave an interview on Monday, April 19, to the popular Spanish program ‘El Chiringuito, and his speech left more doubts than certainties. In the following hours, the English teams began to get off the Super League, and on the morning of Wednesday, April 21, it was the Italians, together with Atlético de Madrid. What took three years to build, fell apart in two days.

“We have been working on the project for three years, which was to fight the economic situation. La Liga is untouchable and where we could get something else was during the week. The format of the Champions is outdated and old, simply interesting from quarterfinals”, Florentino said.

He accuses the aggressiveness of UEFA

Before the birth of the European Super League was announced, UEFA and FIFA threatened to ban teams and players from Florentino’s tournament, so that they could play neither in their leagues nor in international tournaments, mainly in the World Cups.

Florentino Perez was betrayed by the English teams

The president of Real Madrid indicated that of the 12 founding teams, there was one that was not convinced, that club would have been Manchester United or Manchester City, which Florentino points out for having started a campaign to leave the European Super League with a negative image.

“There was someone in the English group who had no interest and contacted the rest, and doubts entered them. He was never convinced. Faced with that avalanche, they said they were getting off the project. One of the Manchester began a campaign that we were going to end football”, he said.

European Super League, on stand by

Florentino Pérez indicated that a solution will be sought to continue with the tournament, despite the fact that the original plans have been spoiled and that they still have Juventus and Milan, which although they announced their departure from the Super League, are still within the project together with Barcelona.

“The project is on standby. Juve and Milan have not left, we want to see how we are capable, we want everyone’s attention. It is not true that I have been left alone. I have spoken today with Agnelli (Juventus president) three times today. We’ve already done the job of raising money with JP Morgan to get out of the hole. It would be a sin if we did not consolidate this project,” he said.

Who Blames The Eurocup For Increased Infections By Covid-19