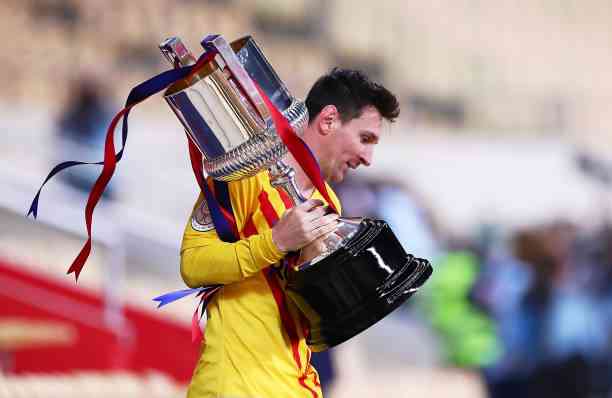 Barcelona conquered its last title on April 28, 2019, when it was crowned in the league tournament, after its triumph against Levante, three days after the end of the tournament. Almost two years later, the Catalan team is reunited with a title after beating Athletic Bilbao 4-0 in the Copa del Rey Final.

Since that date, three strategists have paraded in Barcelona: Ernesto Valverde, Quique Setien, and Ronald Koeman, who ran out of options in the Champions League and the Spanish Super Cup (he fell against Athletic), but won the first title after the return of Joan Laporta to the president of Barcelona.

With this, Lionel Messi, author of two goals, lifted another title as Barcelona captain and fuels hopes of staying at Barcelona, ​​with whom he ends his contract at the end of the season.

The goals of Barcelona

After a series of unsuccessful arrivals, Barcelona’s first goal came at 60 minutes after a combination between De Jong and Antoine Griezmann, who after missing a couple minutes earlier, finally found the door.

Three minutes later came the second goal for the Catalan team thanks to De Jong, who sent a cross from the left wing into the goal.

The Copa del Rey was definitely left with Barcelona in the 68th minute, with the third goal, the work of Lionel Messi, who had to make an individual move.

What was already a win turned into humiliation in the 71st minute with the “deadly” combination between Jordi Alba and Lionel Messi, who in this way signed his double.