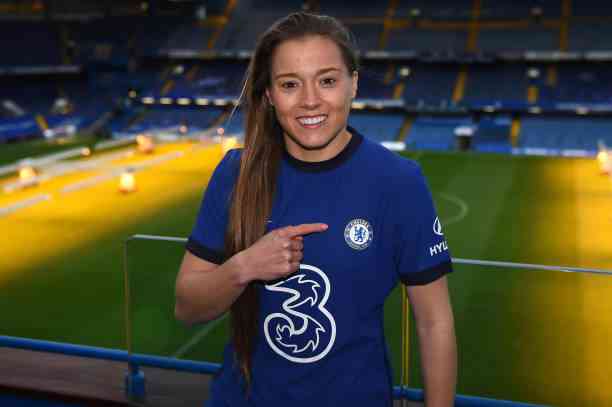 If there is anyone who knows how to recover from adversity, it is Fran Kirby: he overcame more than one obstacle and now conquers England with Chelsea.

Leave a mark! Fran Kirby is considered one of the best exponents of football at the international level, but before becoming an icon of Chelsea, she went through very difficult circumstances that took her away from the fields.

In the end, every effort has its reward, and the forward Blue knows it better than anyone. Media such as The Athletic and thousands of fans have chosen her on more than one occasion as the best player in the Women’s Super League to confirm that she has quality to spare.

Who is Fran Kirby?

Francesca Kirby began her soccer career with Reading, a team in which the Mexican Silvana Flores now plays, when she was only 7 years old. She went through the lower category processes and debuted with the first team after turning 16.

However, after a few months things became very complicated. The attacker’s mother died of a brain hemorrhage, and she fell into a severe depression, which even led her to leave the courts for 2 years.

Accepting a loss of this magnitude is never easy, but the Englishwoman found the strength to continue in what she knew were her mother’s wishes and the rest of her family. Little by little, she recovered mentally and decided to return to the sport that she was so passionate about in 2012.

At the age of 19, she rejoined the Reading squad, and in that same season, she recorded 33 goals in 21 games. At that time, the club was active in the FA Women’s Super League 2; that is the Second Division of women’s soccer in England.

Recognitions as Player of the Year and a great performance in the 2015 World Cup in Canada, placed her in the spotlight of a club that changed her life: Chelsea. Fran Kirby quickly stood out as Blue, making his debut against Birmingham on August 9, and that same day, she scored his first goal.

“It was a normal day after a game, I was having dinner, and I felt a very bad pain in my chest. I got up near the front door, passed out again and woke up to Maren (Mjelde) slapping my face and Beth (England) calling for an ambulance,” says Fran Kirby.

Both she and her teammates at Chelsea got a big scare in November 2019, which took her to the hospital and triggered a series of analyzes. The diagnosis seemed bleak: pericarditis, which is the swelling of the tissue that surrounds the heart and causes pain when the irritated layers collide with each other.

Finding a solution could take 2 weeks or half a year, the outlook was very uncertain, and the effects increased: “I was very ill. I felt extreme fatigue, it was as if every day I played 120-minute matches.”

Faced with the complications, technical director Emma Hayes knew that football would take a back seat, since the important thing from then on would be the health of her pupil. With the passing of the weeks, the strategist became a fundamental part of the rehabilitation.

Fran Kirby had strict daily planning, training routines and, of course, the doctors’ treatment. She also left social networks, because when Chelsea signed Sam Kerr, the fans were cruel to the point of publishing that the Australian was there to replace her.

Each obstacle was left behind, nothing that happened stopped the Englishwoman, and she returned to the courts in August 2020. Her first start after the illness was against Manchester City in the Community Shield Final, which incidentally also won the Chelsea.