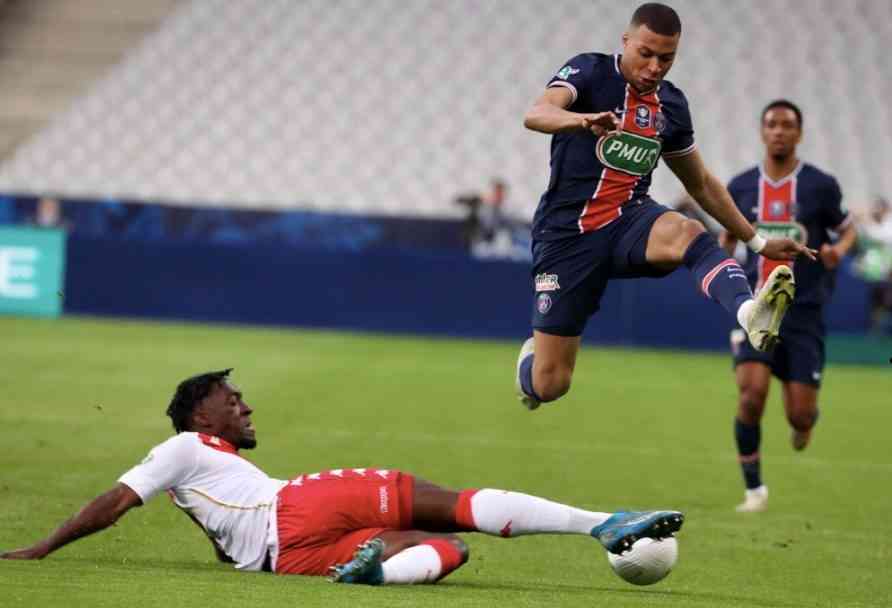 PSG, hand in hand with Mbappé and Icardi and with Neymar suspended, wins the French Cup title against Monaco.

In France, PSG was playing one of their chips to be able to lift a title this season and in front of them, they would not have a rival at all simple, in fact, they already suffered a defeat against Monaco and at home in the Parque de Los Princípes, But at the Stade de France, things would be different.

With Neymar suspended for the final, PSG would have to make use of his other figure, which is not minuscule at all, in Kylian Mbappé. The French player, who has been rumored to be leaving the team, today jumped onto the pitch with the task of leaving another championship in the Parisians’ showcase.

Monaco was sticking with the last game in which they faced PSG in Ligue One, and that helped them continue to have a chance to reach the top of the league in France. With Kevin Volland and Ben Yedder as banners to bring the Cup home.

The actions of the party

Mauricio Pochettino made a tactical approach in which from the beginning he was in search of the result in favor with the trident made up of Di María, Icardi and Mbappe, in addition, in favor he will always have the wall called Keylor Navas, who has helped him out ahead of several parties.

Nico Kovac, coach of Monaco, became more attached to what he has been using throughout the season and that has worked for him throughout it. A line of 4 at the back and 2 containment midfielders to seek to populate the defensive part and that the attackers do not have the spaces to develop their game.

The first half was a concert of twists and turns, everything we expect from a final, although PSG controlled possession of the ball more, but the opportunities went to Monaco. 5 opportunities were created by 4 of PSG, the difference was the effectiveness, as Mauro Icardi transformed one of those opportunities into a goal.

Already with the responsibility of reversing the situation of the club in the final of the French Cup, Monaco was in charge of bringing the revulsives from the bench and the Portuguese Gelson Martins and the Montenegrin Jovetic took the field, but could not convert to get a tie.

Completely focused on the attack, Monaco in the last minutes of the match looked for the equalizer goal, but on the contrary, in a counterattack and with Di María as an assistant and Mbappé as the finisher, they put the final bolt on the scoreboard.

The goals of PSG with which he won the French Cup

PSG vs Monaco: Kylian Mbappé, took advantage of the moment of the match to surprise and that virtue of being always attentive, helped him to open the scoring. Disease controlled the ball in his own area and after Mbappé’s high pressure, he lost the ball and left his team at the mercy of the rival.

Open goal and goalkeeper Majecki returning, he only had to give the ball to the penalty area so that Icardi, who always accompanied the play, as a good scorer, pushed the ball to score the goal that gives PSG the championship trophy of the French cup.

A counter in the 80th minute of the game, Di María began to dribble rivals and go getting into the half-moon of the rival goal to generate space for Mbappé, to whom he gave a filtered pass that left him alone in front of the goalkeeper and only raised the ball to score the second goal.