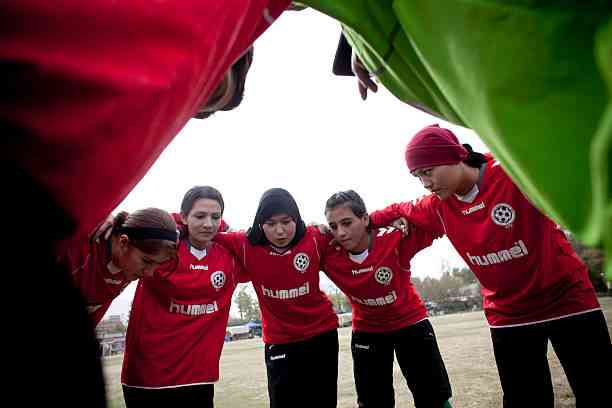 Amid uncertainty, the Australian government supported the evacuation of the Afghanistan Women’s National Team in a 75+ person plane.

After several days of uncertainty and fear, the Afghanistan Women’s National Team players were able to leave their country. The Australian government evacuated more than 75 people; the flight included the soccer players and even some of their relatives.

The International Federation of Professional Footballers ( FIFPro ) made the situation known through a statement. Additionally, he recognized the work of former athletes, coaches, and activists such as Khalida Popal, Kelly Lindsey, Nikki Dryden, Alison Battisson, Haley Carter, and Craig Foster.

Popal was part of the generation that opened the doors to the Afghanistan Women’s National Team, and as a result, she was persecuted and threatened with death. From her home in Denmark, the former player continues the fight for women’s rights in sport and seeks an alternative for her colleagues.

“The last few days have been extremely stressful, but today we have achieved an important victory. The footballers have been brave and strong in a time of crisis, and we hope they will have a better life outside of Afghanistan. There is still a lot of work to do. Women’s soccer is a family, and we must make sure that everyone is safe, “said the activist.

The road is still long, and there are many steps to take before finding safety for everyone. For this reason, FIFPro lawyers and managers are in contact with countries such as Australia, the United States, and Great Britain to find a new beginning.

The impact of the situation on women’s sport

Thousands of people have been trying to get out of Afghanistan for weeks, and it is not that the Women’s National Team enjoys privileges, it is simply a victory for those who seek their well-being and for themselves. The population threatened by the Taliban has lost their lives trying to get on a plane, including some athletes.

However, the situation goes further. The risk of being a woman in this region is even greater. Popal herself said she was devastated by what had happened, and her hands were tied up to a point. Other athletes are fighting for their lives, and it is no longer about training again, but about staying alive.