Have To Be Entertained! The Best Moments…

From The Feet Of Mbappe! PSG Wins… 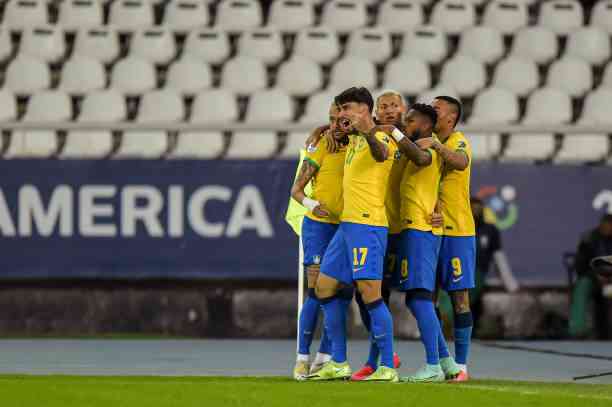 The Brazil team eliminated Peru and settled in the Copa América Final, facing Argentina or Colombia.

We have finalists! The Brazilian National Team is already installed in the Final of the Copa America, as it beat its counterpart from Peru 1-0. The goal was courtesy of Lucas Paqueta and was enough to seal the tie in the first half.

It is true that the teams are far from a brilliant level, because the statistics indicate that the Peruvians only got two shots on goal. However, those led by Tite left a better taste in the mouth, with 8 shots on goal.

Before Brazil was placed in the Final of the Copa America, they stopped on the way to Chile in the quarterfinals. Now, Canarinha will meet his rival tomorrow night, as he will be the winner in the duel between Argentina and Colombia.

Looking ahead to the tournament’s final match, the hope of South American fans – and from other parts of the world – is that the show will improve through the figures of Neymar and Lionel Messi, if the Albiceleste advances.

The bad news for Liga MX (and particularly for Tío Puebla) is that Santiago Ormeño says goodbye to the tournament with little to highlight, since he entered until minute 81. For his part, Yoshimar Yotun from Cruz Azul played the 90 minutes and saw the preventive card at 56.

The first and only score of the match fell at minute 34. The dispute for the ball in the midfield allowed Neymar to escape towards the goal, and once in the area, he took off three rivals.

It seemed that the PSG star would lose the ball between one maneuver and another, but it was not like that. When he had enough space, Ney sent the ball to the penalty spot, where Lucas Paquetá appeared alone and defined very calmly.