Trae Young And The Hawks Turn off…

Who is Terrace Marshall Jr.? – NFL…

Who is Najee Harris? – NFL Draft…

5 Points Why The European Super League…

Grab Between Hamilton And Verstappen And Abandonment… 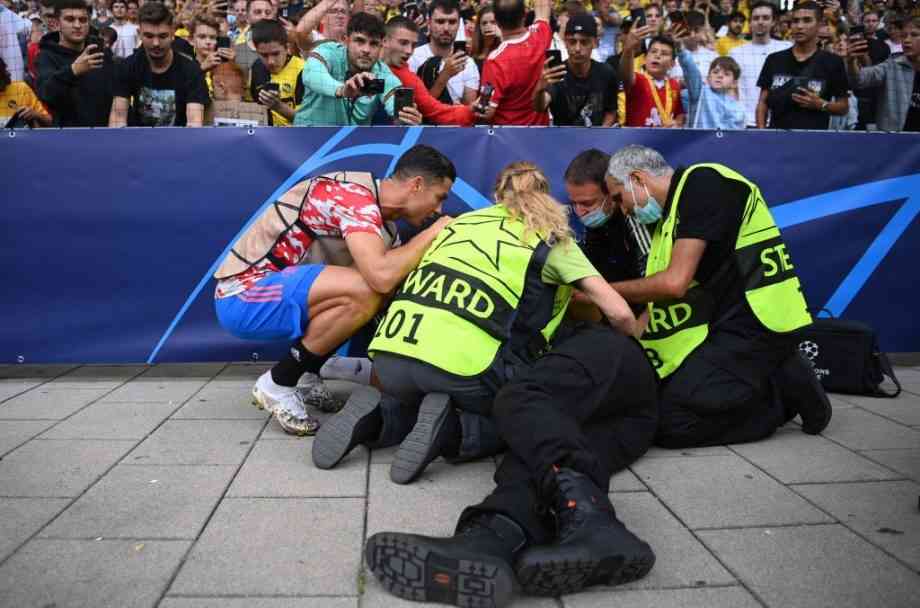 Cristiano Ronaldo gave a great gift to the security woman who received a ball from him in the last Manchester United game.

A happy ending to a checkered story! Cristiano Ronaldo started his visit to Switzerland with the left foot, as he hit a security woman hard at the Young Boys stadium. Although the night seemed to improve and in the end, the result did not favor the Portuguese, he himself was in charge of creating a memory for a lifetime.

As the Portuguese and the rest of the United players warmed up for the game, CR7 showed their power with a shot that ended up in the wrong place. The ball hit the woman, who was left quite sore and even lying on the floor for several minutes.

Immediately, Cristiano Ronaldo went to the scene of the incident to help as much as possible, make sure that there were more security personnel and that the attention was indicated. These images quickly went around the world, but the matter did not end there.

The result was not what was expected for Manchester United. With everything and that CR7 opened the scoring , the Young Boys of Switzerland tied and turned the scoreboard in the final stretch of the match. The good news is that the Red Devils and their big star keep their spirits up for the next games.

As if that were not enough, Cristiano Ronaldo was reunited with the security woman who ‘knocked out’ a while before. As an apology for what happened during the warm-up, the Portuguese gave his jersey to the guard, who fortunately did not suffer damage to the head or other parts of the body, so she was able to continue with her work.