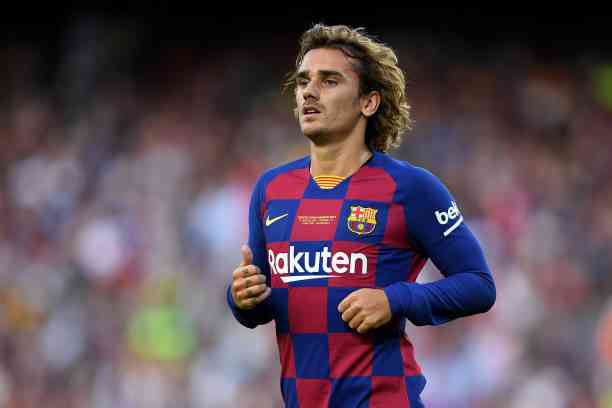 PSG made all the signings it could and left Barcelona and Real Madrid some nice memes, and even so Barcelona let Griezmann go.

First, they said yes and then no, but in the end, they always did. With everything and that Antoine Griezmann wanted to fulfill his contract at Barcelona, ​​he returned to Atletico de Madrid in the last minute operation at the close of the transfer market in Spain, and in return, the Catalan team signed Luuk de Jong, who will form the attack of the Barça next to Martin Braithwaite and we do not know if this is really the business that the Catalans were looking for.

Barcelona was the big loser in the transfer market. Not only did he lose Lionel Messi, his emblem, but he couldn’t place the players he doesn’t need for the 2021-22 season.

Barcelona tried to sell everything it could, but it did not sell what it needed, so those players it was looking for accommodation will remain in its squad, such as Coutinho and Miralem Pjanic, instead it ended up without Lionel Messi or Griezmann, in addition to missing resolve the issue of Sergio Agüero, who is not registered in La Liga and rumors put him back at Manchester City.

Mbappe, to Real Madrid, they said, bombshell, they said

However, the Catalans are not the only ones left. Real Madrid was pressuring PSG to sign Kylian Mbappe. However, the Frenchman will stay in Paris for at least one more year to form the spectacular trident with Lionel Messi and Neymar.

PSG is the winner of this transfer market in the midst of the crisis after the effects of the coronavirus pandemic that left several great squads such as Barcelona and Inter Milan fragile, while PSG took everything it could and left the rest of Europe these cute memes.