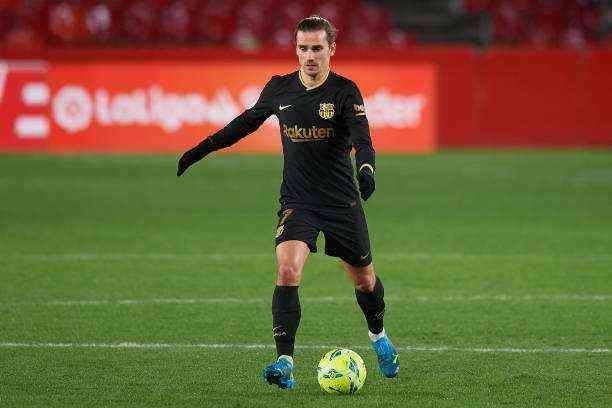 Antoine Griezmann analyzed the victory of Barcelona in Anoeta that allowed them to leave the national team break four points behind the leader, Atlético de Madrid. Ronaldo Koeman’s pupils beat Real Sociedad 1-6 in an extraordinary match for the Catalans, who are going through their best moment of the season. The Frenchman, who scored a goal, was very happy for the team’s game.

“We knew it was a difficult field. In the past, it has always cost Barça. We have gone from the beginning to the top to score the first goal that costs us. We did a great job, we recovered balls very high. After loss we have reacted very well. With the ball everything has been very fluid, “he commented on the Movistar LaLiga microphones.

The effectiveness of Barcelona’s face to the goal has marked the game, and Griezmann assures that it was difficult for them to score a goal in the last, but today it was a great game: «It is difficult for us to score a goal up front. Sometimes we don’t have the day. Sometimes I fail, sometimes Ousmane, other Martin. We are working on that, and today has been a great match for all of us. Starting the game like this is easier.

With Sergiño Dest’s goals, there are already 18 players who have scored this season with the Barcelona shirt. On that, Griezmann affirms that «here everyone scores a goal. The team, the players all have to be psyched, those who play and those who don’t. You have to be attentive to everything because those who are not used to playing can make a difference. Every time they enter, they make a difference. We are a group, and only in this way can we achieve great things ».

Regarding whether this drawing benefits his style of play more, the Frenchman admits that «what is best for me is being on the field. Then it is to adapt to the system of the team and what the team needs. Then work and more work.

He also spoke about the fight for the League and whether Atlético can lose several games. «We have to look at what is ours, try to win everything that we have left, and then we will see. With the image and the work we gave today we can achieve it. We do our thing, and in the end, we will see ».

How Would The Money In The Super League Be Distributed Among The 20 Teams?