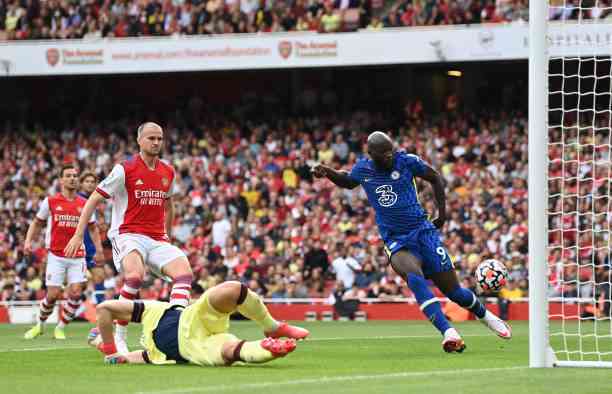 Unbeatable debut! Romelu Lukaku scored in his first comeback match with Chelsea, who partially beat Arsenal in the Premier.

Did anyone ask for a booster that gives immediate results? The return of Romelu Lukaku to Chelsea started in the best way: Thomas Tuchel sent him as head of the match against Arsenal, and 15 minutes later, the Belgian was present at the scoreboard.

In London, no less was expected from the former Inter Milan. Although it is true that the blue team already had a strong team that collaborated to win the Champions League, the demand is the same and even greater. This factor increases if we remember that the number ‘9’ transfer was for more than 110 million euros.

From now on, Tuchel has a thug on the attack. However, Romelu Lukaku’s new path with Chelsea is just beginning, and the priority will be for him to maintain this level throughout the season, in all competitions.

Romelu Lukaku scored his first goal for Chelsea in his 16th game for the club. This came nine years and 360 days after his debut with the blues, in August 2011.

Lukaku himself wove the play by returning a bit to midfield and then moving forward to wait for a cross. This came courtesy of Reece James on the right wing, so the Belgian only had to push the ball in the small area practically without a mark.

The advantage increased for Chelsea 20 minutes later. The same James was in charge of putting the 0-2 with a powerful shot with the right leg; before, the ball went through at least 5 of his teammates to take it to the Gunners area. The score remains at halftime.

Now it Turns Out! Gattuso Admits THat He Will Miss ‘Chucky’ Lozano, But ‘We Are Not Going To Cry”

Surprise! The Goals With Which Argentina Beat Chivas Femenil In Their First International Friendly