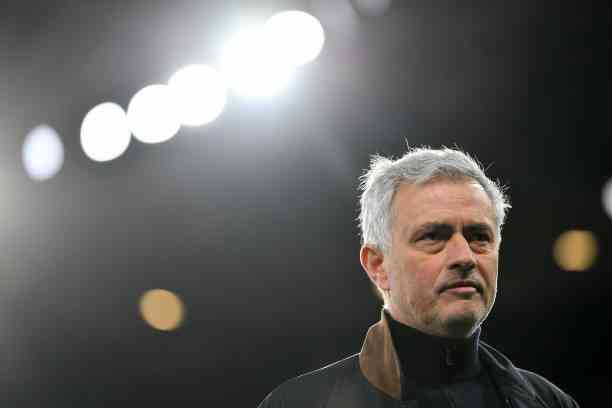 Jose Mourinho returns to the country that saw him consolidate as technical director, and we refer to Italy, hand in hand with Roma, he will return to Serie A, with some important games to play and mainly with the slogan of reversing the score in the first leg semifinal of the Europa League.

A month ago, he was managing Tottenham in the Premier League, then he signed with The Sun newspaper to be a columnist during Euro 2020, and now he agrees with Rome a 3-year contract, which will end on June 30, 2024.

“We are delighted and delighted to welcome José Mourinho to the AS Roma family. A great champion who has won trophies at all levels, José will bring tremendous leadership and experience to our ambitious project,” club president Dan Friedkin and vice president Ryan Friedkin said in a statement.

Although Mou’s arrival on the Roma bench is official, the Portuguese will take over the team as soon as the season ends in Serie A and Europa League for the Italian team with 4 league games remaining semifinal of return of the Europa League.

Paulo Fonseca will no longer continue to lead Roma for the following season, but will remain at the head of the team in the remaining commitments. “We still have some very important games ahead of us this season that we want to win, and we will continue to give everything to achieve it , were the words of the DT about the remainder of the season.

What is Roma at stake in the remainder of the season?

The poor results throughout the season, but specifically in recent games have left Roma on the edge of the precipice, because, although they remain in positions of European competitions, their pursuers are already dangerously close.

55 points in 34 games for Roma in Serie A, they are in 7th place in the standings and have a place for the new Conference League. Far away is the Europa League, as it is 9 points behind its main rival, Lazio, which has 64 points and one game less.

Sassuolo is on the hunt for Roma, those led by Roberto De Zerbi have 53 points and are waiting for the capital’s team to break down to reach the European positions. Roma’s calendar is benevolent and has the possibility to retain its position.

Matches against Crotone, last place in Serie A; against Inter, who is already champion of Italy; the classic of the capital against Lazio, the only match in which Europe or the Conference League could be played if the results are given and finally against Spezia, 16th place in the standings.

The outlook in the Europa League is not very encouraging, as at home, they will be tasked with reversing the 6-2 score that Manchester United conceded in the first leg. Mission almost impossible, but anything can happen in football.