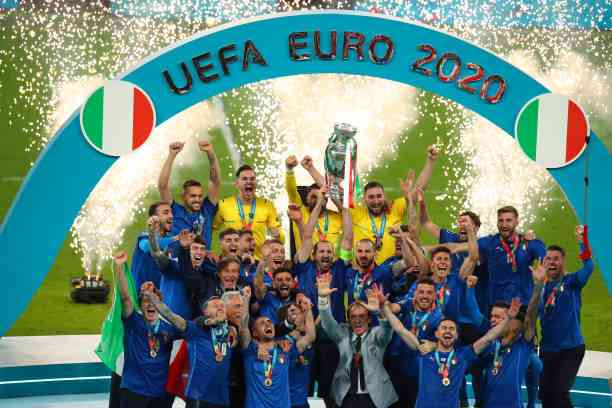 Beyond what the second title of this competition means for the Italians, it is always attractive to join the federations. And despite the defeat, the England National Team will lead a great gesture in the next few hours with their winnings.

Before the final match was played, the team led by Gareth Southgate agreed to donate the money corresponding to the sum worth the title or second place in the competition. Harry Kane, striker for the British team, explained to which organization and why the decision was made.

The runner-up is worth 7 million euros, so this amount will go to the National Health Service (NHS). The objective of the English team is to contribute to the fight against COVID-19 that the world and your country have maintained for more than a year.

But now yes, let’s go back to Italy, brand new champion of the European Championship. The victory in penalties consummated at Wembley is worth a lot of joy and, at the same time, a very important millionaire amount.

The economic prize that Italy takes for winning the Eurocup

The variables of all tournaments change according to their different rounds. In this case, both England and Italy pocketed 9,250,000 euros just for participating in the Eurocup.

Each tie in the Group Stage was worth 750,000 euros, and each victory 1,500,000 euros. Those classified to the round of 16 obtained another 2 million euros; the figure for the quarterfinals amounted to 3,250,000 euros and the semifinalists won another 5 million euros.

Going back to the finalists, England has another 7 million euros to go to runner-up. Meanwhile, Italy increased its sum by another 10 million euros. All these results and phases of the competition give a total of 24 million 750 thousand euros.

August 21: Why Is The Day Of The Footballer Celebrated In Argentina?