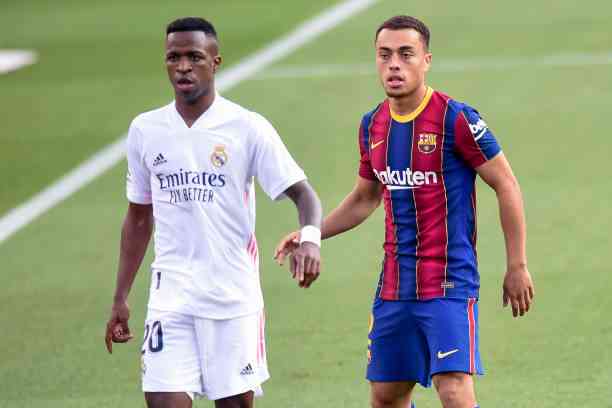 This weekend there will be another edition of El Clásico, Real Madrid receives Barcelona from the Alfredo Di Stéfano Stadium on April 10, remember that the Santiago Bernabeu cannot be used due to the renovations that are being carried out.

In one of the most important games of the year and with more implications for the remainder of the season, Barcelona does not want to let go of the distance it has of advantage over Real Madrid and cut even more than Atleti has over the Catalan team.

For Real Madrid, it is a game of the utmost importance because it wants to make Barcelona stumble in its intentions to win something this season, snatch second place momentarily and wait for the “colchoneros” to fall once more to establish themselves at the top of the table.

With 29 games played, both teams will reach the comparison with 65 points for Barcelona and 63 for Real Madrid with a view to the 3 points that will definitely bring them closer to the La Liga leadership. In addition, we can confirm that Mateu Lahoz will be the referee to make the match official.

How, when and where to watch the game live?

April 10 is the date for Real Madrid and Barcelona to play El Clásico , as we already mentioned, the Alfredo di Stéfano Stadium will be the stage that will see the stars shine at 2:00 pm.

On the part of Real Madrid, we can never rule out Benzema, who has taken the team on his shoulder in difficult moments and has carried the team’s goal scoring quota, also, the great game that Vinicius Jr. gave in the Champions League, what They do as one of the figures to follow.

Thibaut Courtois is undoubtedly another of the players from whom we cannot remove the spotlight, due to the losses that Real Madrid has in defense, his performances have become fundamental in the decisive matches to put Real Madrid fighting for La Liga and the Champions League.

In Barcelona, ​​the usual, Lionel Messi, is the figure to follow. His talent and performances against Real Madrid, (although we must be honest, in recent games he has gone without annotations) place them as the main danger that Barcelona has and the first objective to be covered by the “meringues”.

Ousmane Dembélé this season has taken the leap in quality that injuries had prevented him from giving, because like Vini for Madrid, the Frenchman of the culé team has worked as a catalyst at key moments of the season.

It Is Not A Whim To Be Absent: This Is The PSG Update On Lionel Messi’s Injury

Goodbye Denmark! Harry Kane’s Goal With Which England Qualified For The Final Of The European Championship

The Words Of Dani Alves That Excite Barcelona: “If They Give Me A Couple Of Hours I’ll Go For Messi”