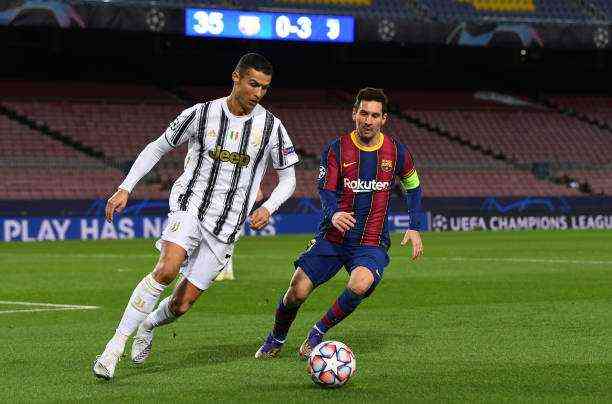 Many wait for the month of February to celebrate the day of love and friendship, some others for the Constitution Day bridge, but there are many others who wait for February for the reactivation of the Champions League and the start of the Round of 16, which kicks off the knockout phase.

It was two months in which we had to kick the grayest part of the MX League (few goals and spectacle), but the sacrifices will finally be rewarded thanks to the Champions League.

By little and Real Madrid was left out, as well as Manchester United and Inter Milan, which are the disappointments of the group stage on the street, and in return, we have the return of Lazio, a team that had become accustomed, in the best of the cases, to the Europa League, as well as Borussia Monchengladbach.

This phase of the Champions brings together four German teams, four Spanish, three English, three Italians, a Portuguese, and a French, and they will start the first leg battles from February 16, so here we tell you how and where to watch each party.

Where can I watch the Eighth of the Champions League?

Leipzig vs. Liverpool: The first chapter is played on the court of the German team on Tuesday, February 16, at 14:00. This game goes live on Fox Sports.

Barcelona vs. PSG: The Catalans lost the leadership of their group, so they have to receive PSG in the first leg, with which there are pending accounts. This game will be played on Tuesday, February 16, at 2:00 p.m., and will be on ESPN.

Sevilla vs. Borussia Dortmund: The Andalusians start as a Teutonic team victim on Wednesday, February 17. The first chapter of this series is on ESPN, at 2:00 p.m.

Porto vs. Juventus: It is time to see the ‘Tecatito’ Corona against the almighty Juventus of Cristiano Ronaldo. The first game is played in Portugal, where the Dragons must play a good game so as not to reach Turin injured or on the canvas. This game is on Fox Sports on Wednesday, February 17, at 2:00 p.m.