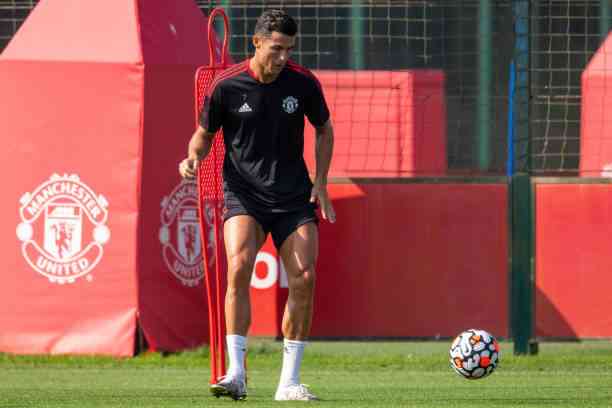 Cristiano Ronaldo officially returns to Old Trafford with Manchester United and will do so against Newcastle, in a match that will be historic.

It is one of the best moments to be a football fan, this 2021 has brought great surprises like seeing Messi from Barcelona, ​​but joining him with Mbappé and Neymar. Also, a return that we all dreamed of was that of Cristiano Ronaldo to Manchester United.

It took 12 years for us to see Cristiano Ronaldo wear the Manchester United jersey again, and not only that, he will return home. Old Trafford is already preparing the reception for one of the most important players to ever enter the stadium.

Cristiano returned early from the World Cup qualifying session, he only played the first match with Portugal and joined training with his teammates to avoid any complications on his return to the “Theater of Dreams”.

Officially, on Saturday, September 11 will be the return of CR7 to the Premier League, Manchester United, and it’s stadium for more than 6 years. He will have a difficult opponent, but one who arrives with many casualties to the meeting, so a party is predicted a la “Red Devil”.

On May 10, 2009, was the last time fans of the Manchester United could shout a goal from Cristiano Ronaldo. It was against Manchester City, in the city classic and free-kick, with the house stamp, free kick. Will they celebrate a goal from CR7 on their return?

Where to see the return of Cristiano Ronaldo with Manchester United?

It will be a historic match, one more on the list of all those who have lived at Old Trafford. Cristiano Ronaldo makes his official return this September 11 at 9:00 am on matchday 4 of the Premier League.

The broadcast will only be on Sky Sports, so if you don’t want to miss the match and the Premier League exclusively, you still have time to hire the pay-TV provider.

With Assistance From Mbappe: This Was Lionel Messi’s First Goal In Ligue 1 With PSG