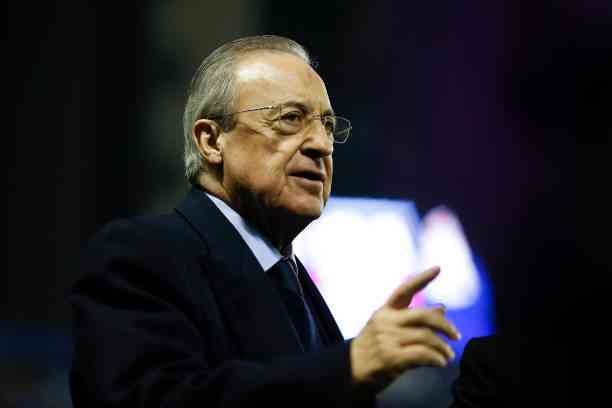 One of the main attributes for the teams in the Super League is that they will benefit economically, and here we explain the reason.

Much has been said about the Super League, both good and bad, although many more cons than pros, and during Florentino Perez’s interview at El Chiringuito, he mentioned that everything would end before 2024 with the way football was carried on.

He argued that the great teams that have participated in the founding of the Super League were losing money year after year and that some of the “modest” clubs, as the president of Real Madrid put it, were the ones making money.

Florentino used the phrase: “save football “, as these 12 clubs will receive a large amount of money and the clubs reported that it has a guarantee of 4 billion euros from the banking institution JP Morgan, with which the words of Pérez.

Although there is still no official document by the Superliga leadership and we do not know how the money would be distributed among the clubs that are part of this new league, and much of this money will help bear the accounts of some teams the Barcelona.

Distribution of resources in the Super League

According to documents leaked in the Reddit forum, we have been able to read what is the plan of the money that will reach the Super League and learn a little more about the distribution of everything economic related to the creation of the Super League by these 12 clubs, which are They will transform into 15 and 5 guests.

The report details several key points that let us see a clearer picture regarding money in the Super League, without waiting any longer, we go directly to the numbers. The 15 founding clubs, currently there are 12, will share 32.5% of the commercial income generated.

Another 32.5% will be distributed among the 20 participating teams, including the five teams invited to play in the Super League every year. Another 20% of the revenue would be allocated depending on the team’s performance in the season.

Finally, the remaining 15% will be distributed according to the size of the broadcast audience. A clearer idea about the financial aspect in the Super League. But that’s not all, as clubs will also be able to withhold all proceeds from stadium tickets and club sponsorship deals.

Another important aspect in this leaked report is that, in the Super League, all teams pledged to use only 55% of their income on sports-related issues such as player salaries, transfers and others.

Back On The Bench! America Walks With Solari, But Without Giovani Dos Santos