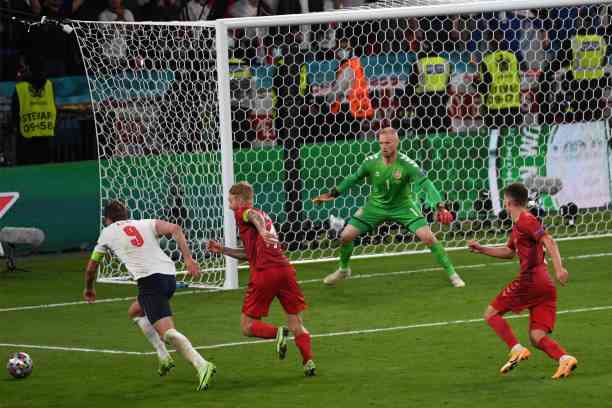 England fans celebrated their passage to the final against Italy in the European Championship, a time that their team had never reached.

Nothing, absolutely nothing compares with the sweet taste of victory. In England, thousands of fans took to the streets to celebrate their national team’s move to the final of the Eurocup after beating the fierce team from Denmark in overtime.

Although Simon Kjær put Denmark ahead with a free kick, the British team found the equalizer before half-time thanks to Mikkel Damsgaard’s own goal, triggered by pressure from Raheem Sterling.

England will play their first final in the Eurocup

In overtime, Harry Kane scored the goal with which England qualified for the final from the penalty spot, and the British team will play the final against Italy next Sunday at home, as the game at Wembley.

Emotions among English fans exploded from the stands, but the celebrations took place in bars, on the streets, and even in the transmission boxes of British channels.

And it is not for less, because the England National Team had never been to a European Championship final, so from now on the team led by Gareth Southgate is already historic and is one triumph away from equipping the feat of that English team that won the 1966 World Cup, on the same sacred lawn at Wembley.

The celebrations of the British fans

Florentino Perez, After The Failure of The European Super League: “I Am Sad And Disappointed”