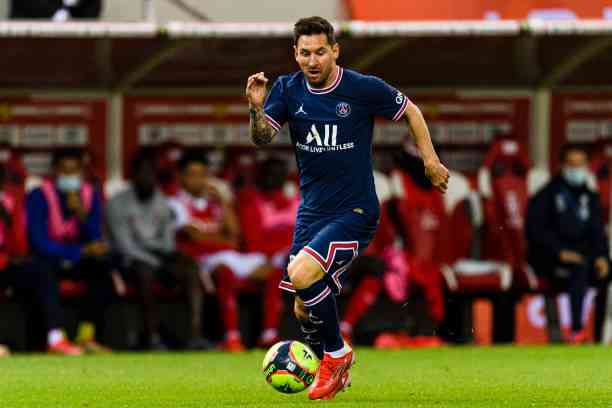 Crazy! Lionel Messi appeared for the first time on the bench with PSG in Ligue 1 and made his debut against Reims at minute 65. Since it was known that he would enter the call-up of coach Mauricio Pochettino, the world of football turned its eyes to the environment of the Parisian squad, and the rest is a story that has just begun.

Thousands of fans came to the concentration hotel

Hours before the game started, the excitement was felt around the Reims house and in the PSG concentration hotel. Thousands of people gathered in both buildings to have -even if- minimal contact with Lionel Messi.

Arrival at the Auguste Delaune Stadium and dressing rooms

Once the madness passed in the concentration hotel, the team arrived at the Auguste Delaune commanded by the Argentine. The official accounts of Paris Saint-Germain documented every moment and brought us closer to the intimacy of the bus and the changing rooms.

Messi also appeared in the midst of the jerseys stamped with the names and surnames of the top international figures. Along with Neymar, one of his best friends, he highlighted the best-selling shirt in recent weeks.

Lionel Messi started the game on the PSG bench

The presentation of Lionel Messi as a starter with PSG will have to wait. The ’30’ began the game on the bench, along with other figures and reinforcements such as Ander Herrera, Julian Draxler and Gianluigi Donnarumma.

From there, he witnessed 65 minutes, including the goal that Kylian Mbappe scored in the 15th minute.

The long-awaited warm-up and debut!

After 55 minutes of play, it was time for the first pre-competitive moves for Lionel Messi with PSG. As soon as he got up and took the side of the pitch, the Reims fans rose from their places to record him.

It only took 10 more minutes for us to see the crowd idol. Although the triplet with Neymar and Mbappe was not completed, we enjoyed one of the best exponents of football in the world… There, yes, the stadium surrendered to the same player.

Netherlands U19 Youth Expelled For Breaking Covid Bubble With Women