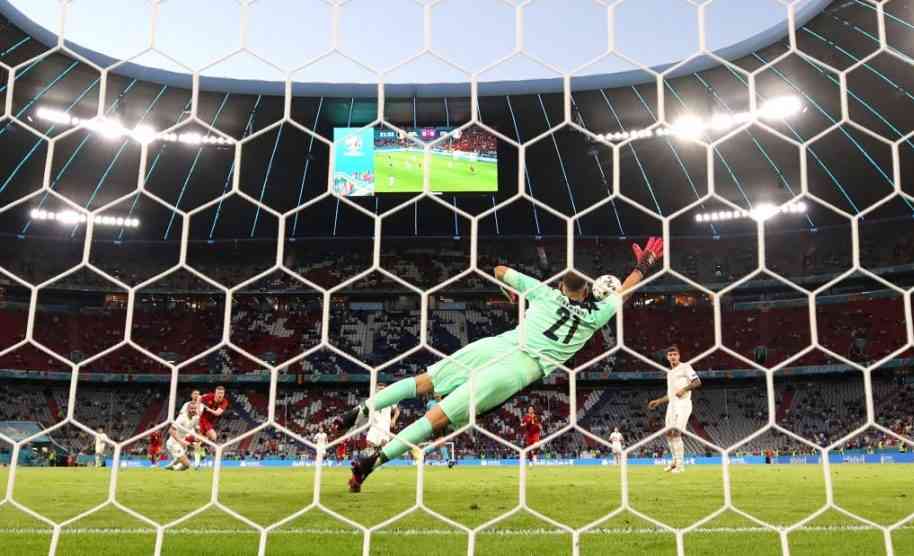 Italy goes to the semifinals thanks to a goal from Lorenzo Insigne with the house stamp to eliminate Belgium in Euro 2020.

We already know the first 2 semi finalists of Euro 2020, Spain had already achieved the classification in penalties against Switzerland and expected a rival between Italy and Belgium, who gave us an incredible football match, and finally the Azzurro squad emerged victoriously.

Italy thought they had opened the scoring, across from Insigne that after nobody finished, Bonucci took the opportunity to send the ball into the net, but the VAR would throw back the goal to silence the goal cry from the Italian fans.

The process of the match had a back and forth game in the first half, but with Belgium with the most important options and thanks to Gianluigi Donnarumma, who showed why he lasted so many minutes with his goal at 0, he saved a shot at Kevin de Bruyne, which went with goalkeeping direction.

The errors resulted in the first goal of the match, as the Italians took advantage of a failure of the Belgian defense to put the 1-0 at 31, and it would not be there for Italy, as they sought to define everything in the first half and with a goal they put 2-0 in the first 45 minutes.

Many emotions left us in the first 45 minutes and also many goals, Belgium found their score from 11 steps, and no one better to collect than Romelu Lukaku, he would not fail to cut the score.

Already in the second half, the Belgian squad tried in every way to tie the game, and Lorenzo Spinazzola, who caused the penalty that meant the goal of his rival, now it was his turn to save the tying goal. After a off-hook from Doku in conjunction with KDB, the latter gave a filtered pass to Lukaku, who fired with an open goal, and Spinazzola miraculously saved.

Unfortunately, not everything was good for Spinazzola, one of the best players in the team, and in the tournament, he injured himself and had to be substituted on a stretcher. With tears in his eyes, he said goodbye to the meeting, after a great meeting.

The goals between Belgium vs. Italy in the Eurocup

Nicolo Barella opened the scoring at minute 31 of the game, Jan Vertonghen made a mistake when trying to leave his area and in his mistake gave the ball to Barella, who took advantage of the failure and that the defender was not in his position to drive and in when he had the opportunity, cross the shot to beat Courtois.

Belgium seemed like they couldn’t take it anymore, after a few minutes in which they tried, but succumbed to the Italian attacks. Inside in his classic play on the left-wing, he went into the center near the area, left Tielemans, and took a cross-shot from mid-range to make it 2-0.

After the 2-0, Belgium put the batteries in and wanted to close the first half decorously, and in a burst of genius from Jeremy Doku, Lorenzo Spinazzola could not with his mark and committed a penalty. From the 11 steps, Romelu Lukaku would not fail and would put the 2-1.