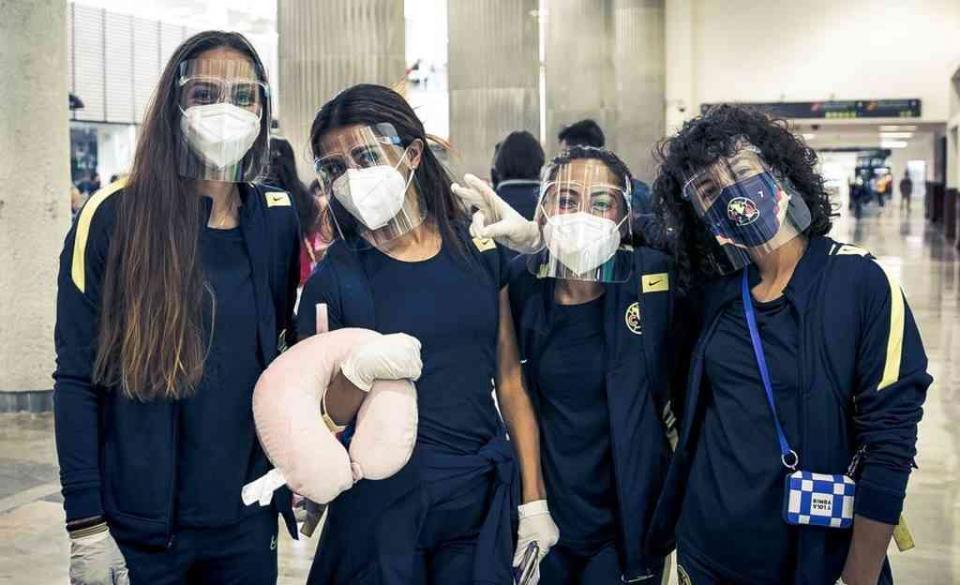 The Liga MX Femenil travel the same day to play a visiting match is common, but it does not mean that it is allowed.

Despite the fact that women’s soccer in Mexico is growing, there are several questions that arise around it. One of them includes whether it is good for the Liga MX Femenil teams to travel the same day they will play a match.

The men’s teams do not often encounter this situation: When playing as a visitor, most can be transported from a day earlier, mostly by plane, with enough time to eat, sleep and become active.

When we find ourselves with a relatively young competition, there may be doubts about the regulation, but it is very clear in this case. After consulting the rules of Liga MX and Liga MX Femenil, we find that articles 53 and 44 say the same:

“It is the obligation of the Clubs that participate in the Opening 2020 and Closing 2021 Tournaments to be in the local Club square and metropolitan area, at least 8 hours before the scheduled game time, so that those Clubs that do not comply with this obligation, they will be sanctioned according to the provisions of the Sanctions Regulation, “the regulations indicate.

The rule speaks of the local club square and its metropolitan area. If we consult the Royal Spanish Academy, conurbation is the “set of initially independent and contiguous urban nuclei by their margins, which, as they grow, end up forming a functional unit.”

So why is it normal for the Liga MX Femenil teams to travel the same day or with so little anticipation to cities or states that are not nearby? The most recent event that involved this question could help clear up doubts, or generate more.

Roosters traveled at 6 a.m. to play at noon

During the broadcast of Pumas vs Queretaro of Day 15 of Guardianes 2021, one of these questions arose. Hugo Ramírez, a reporter, commented that Gallos left his city at 6:00 a.m. the same day.

This means that the footballers spent 2 hours or 2 and a half hours on the road in the best of cases. If they arrived at 8 or 8:30, they had 4 hours or less to have breakfast and fine-tune the last details.

The last visit of Gallos Varonil to Pumas, dates from Sunday, July 26, 2020. On the Facebook page of the men’s team of Queretaro, there are photographs of the players entering a hotel since Saturday 25.

August 21: Why Is The Day Of The Footballer Celebrated In Argentina?