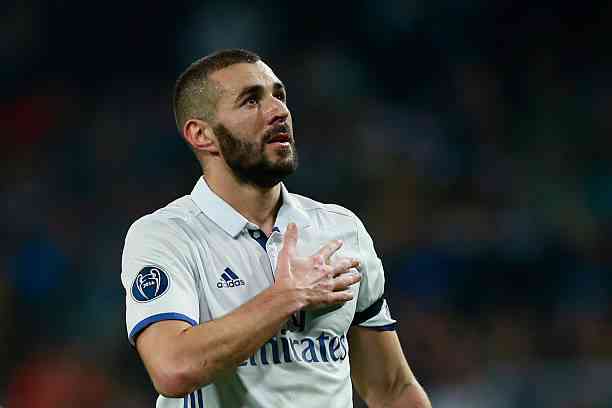 Farewell to the novel, Karim Benzema returns to the French national team as part of the team that will play for Euro 2020.

The novel ended in France, and in football, Karim Benzema has once again been called up by the French team, and his return will take place at Euro 2020. Didier Deschamps has put aside all the dimes and diretes in the Benzema case, to reinforce his team in the European tournament.

During a press conference, Didier Deschamps gave the list of 26 players who will go to the Eurocup to look for the trophy that the strategist is missing, the Euro, which got out of hand in the last edition of 2016 in the last minutes of the match against Portugal.

France and Benzema could meet again on June 2 in Nice, the date on which a friendly is scheduled prior to the Euro, and they will also have another preparation match against Bulgaria on June 8, before making their official debut against Germany on June 15. of June.

The group of death for the Eurocup is that of France, as they will have to face Germany, Hungary and Portugal as part of group F, and the matches will be, as we mentioned before, against the Germans on June 15, later on June 19. June against the former team of Puskas and on the 21st in the reissue of the final of Euro 2016.

Against Armenia in a friendly, it was the last time that Benzema wore the shirt of the French team on October 8, 2015. That day, the Real Madrid forward made a double for the team and left the substitution at minute 81 due to discomfort in the thigh.

Benzema case that left him out of the French team

Mathieu Valbuena is one of the main subjects and the reason why Karim Benzema had not been taken into account for the France team, despite being one of the best players and scorers in recent years in the French countryside.

His absence is due to the scandal that arose around Mathieu Valbuena and the alleged sex video for which they threatened the former Marseille footballer. Karim Benzema was rumored that he was involved in these acts of blackmail.

That is why Didier Deschamps made the determination to dispense with Karim Benzema as of 2015. In total, he missed 2 important tournaments for the national team and his career, because in Euro 2016, they reached the final, but they lost to Portugal, and in the 2018 World Cup Russia, they were crowned champions.

The list of 26 French players for the European Championship

Didier Deschamps confirmed the list of players he will take to search for the title denied him since he took office as coach of the France team, and yes, we confirm that Karim Benzema is on the final list for Euro 2020.