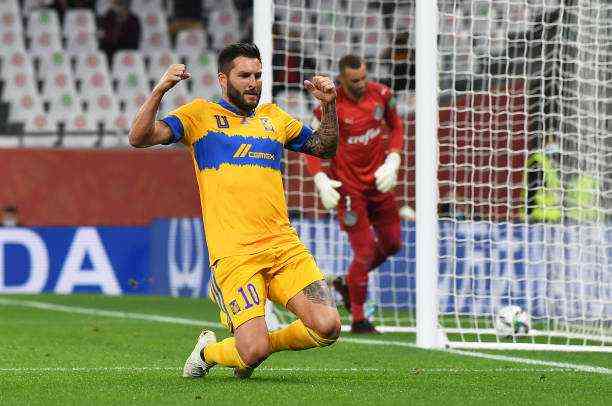 Tigres have aspects that could play in their favor in the final of the Club World Cup against Bayern, and here we explain them

Nothing is impossible! As they move about the hours and the Grand Final of the FIFA Club World Cup, Tigers recharge batteries facing one of the most important matches in their history.

Many think that the university team will face Bayern Munich in the role of victim, and although it is not the favorite, there are some aspects that could help ‘ Tuca ‘ Ferretti and his team to conquer the title.

We know that stars like Robert Lewandowski and Thomas Müller will be on the other side, but before you laugh out loud when you read that Tigres has a chance to attack, we recommend that you continue reading.

André-Pierre Gignac: We already know the qualities of the Frenchman, he is a great spiker with his head, effective on penalties and in general, a headache for any defender.

In addition, Dédé already knows what it is to score Manuel Neuer, considered one of the world’s best goalkeepers. These players met in a friendly in November 2015.

The stage was the Stade de France, the French won by the minimum advantage, and Gignac signed 2-0 at minute 86. The celebration of that score is well remembered by the feline fans, as the attacker made the signal for the Free and Lokos.

The speed of Quiñones and the characteristics of Carlos González: Gignac may be the scorer of Tigres, but he has good partners, who contribute beyond the attack.

González signed with the Monterrey team a few months ago, and since his time in Pumas, he said that scoring is not his only specialty. In addition to being present on the scoreboard, the Paraguayan fulfills tasks that caused FIFA to call him ‘Partner of Silence.’

The qualities of the 28-year-old forward were instrumental in defeating Palmeiras in the semi-finals. In the play that caused the penalty, he was unmarked between two rivals, and they had no choice but to pull him to avoid the goal.

For his part, Luis Quiñones is one of the fastest players in the squad led by Tuca, and as we already know the coach’s style, the Colombian could lead more than one dangerous counterattack for the Concacaf representative.

The Tuca vs. Flick experience

Ricardo Ferretti is an old acquaintance of Tigres, and the Club World Cup was a pending task. However, he will face a successful coach, despite the age difference between the two.

Hans-Dieter Flick is 55 years old, began his coaching career in 1996, and with Bayern boasts 5 titles: a Bundesliga, a German Cup, a Champions League, a European Super Cup, and a German Super Cup.

The Tuca received his first opportunity in the benches in 1991, but with Tigres, he has two stages, the first between 2000 and 2003; the second from 2010 to date. The knowledge of his squad and so many years at the head of the institution could play in his favor.

Some Tigres players have already deciphered those of Bayern

We already talked about André-Pierre Gignac and his goal against Manuel Neuer a few years ago. Now it is the turn of Carlos Salcedo, who had a stage with Eintracht Frankfurt and won a Final against the Munich team.

The Eagles faced Bayern Munich to define the DFB Pokal champion for the 2017/18 season, the Mexican defender started as a starter in the final match and prevented the Bavarian offense from exploding.

You may think this happened a long time ago, and yes, several months have passed since then. However, Bayern is a team that has had a player base for years, and Salcedo already knows the characteristics of the majority.