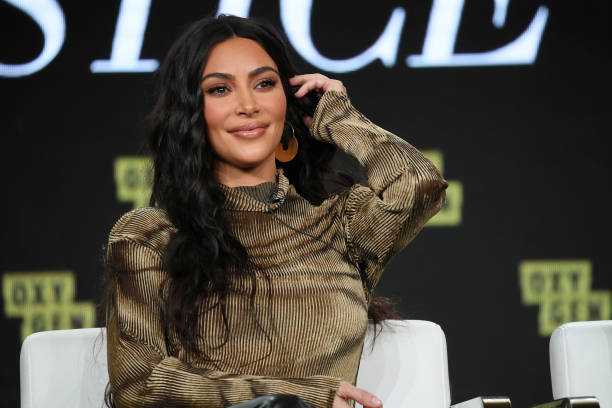 The situation in Afghanistan is already well known since the Taliban invaded the country, but this situation has affected the lives of several people in the country. The youth soccer team left the country thanks to Kim Kardashian and the owner of Leeds United.

Players from 13 to 19 years of the Afghanistan youth team were taken out of the country thanks to a plane that left Pakistan for a Stansted airport near London and all thanks to Kim Kardashian, a rabbi in New York, and Andrea Radrizzani, owner from Leeds.

There are more good ones! Kim Kardashian showed that she has a huge heart and more when it comes to helping someone and sent the plane for the players of the Afghan team to leave the country and for the families of the soccer players.

In total, 30 players left Pakistan for England, along with their families, there were approximately 130 people in total who arrived in the United Kingdom, but they will have to spend 10 days in quarantine due to COVID-19.

Many countries in Europe welcomed hundreds of Afghan citizens after the Taliban took over the country, and although the women’s soccer team was lucky enough to be helped by Kim Kardashian, there were other athletes who did not have the same luck.

Andrea Radrizzani was one of the first to welcome the Afghan players and their families, although not in person, but on social media. She uploaded a photo of the London landing with the following message:

“First chapter was written today! When I got a call asking for help rescuing the Afghanistan youth team, I didn’t even know where to start. Today they flew to the UK. Proud to be part of the team to make this happen. Let’s dream that one day they will play for Leeds United,” she wrote on her social media.

Khalida Popal, head of the Afghanistan women’s team, thanked both Andrea Radrizzani and Kim Kardashian. She first dedicated a few words to the owner of Leeds: “Thank you, Andrea Radrizzani, it is an honor and a privilege to work alongside you and your wonderful and kind people. We are stronger together. “

Later, in her social networks, she thanked the oldest of the Kardashians: “Thank you, Kim Kardashian, and SKIMS from the bottom of my heart for generously donating all the funds for this flight. Kim Kardashian West is an example for others to step up and help others in their time of need. “