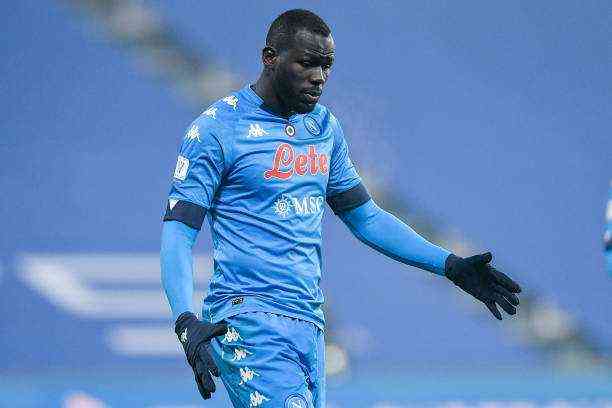 It seems that many times soccer players are not aware of the reality in which they live, some players throughout history are known to live in an alternate reality of millions of dollars, fame, and the dream of playing soccer, but there are other cases where the human quality is noticeable with continents away, and this is the case of Kalidou Koulibaly defender of Napoli and partner of Chucky Lozano.

Gestures like the one that Koulibaly made with some people on the streets of Naples are something that is appreciated in the world of football, and it is not the first time that he has revealed his great heart, since he has previously had attitudes that are to be framed.

In Italy, low temperatures are attacking, and one of the lowest expected is -2 degrees Celsius, so Koulibaly did not hesitate to give coats to a group of immigrants when parking his car at a traffic light in the streets of the Italian city.

Koulibaly is a declared fighter for social causes, especially racism in soccer. Unfortunately, the defender has suffered this issue firsthand during a match against Inter Milan in 2018.

In that game, his coach Carlo Ancelotti came out in defense of his player at a press conference: “Next time we will stop playing and leave the field, even if we have to lose the game. I’m not happy because we asked for the match to be suspended three times due to racist chants against Koulibaly. “

This year, UEFA made a documentary on racism in football called ‘Outraged‘ with Koulibaly mainly participating, in addition to Paul Pogba, Jose Mourinho, and Tyrone Mings joining their force against racial prejudice in football